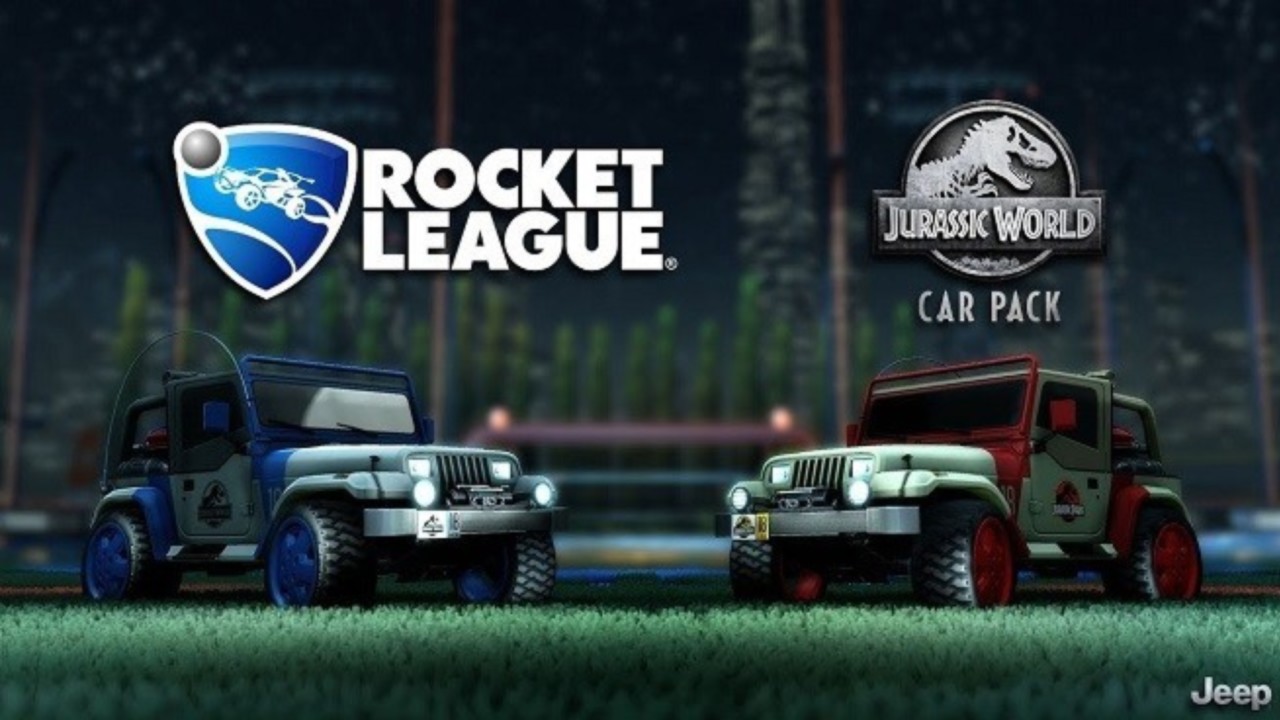 Rocket League players of the world get ready, Psyonix has just released a new update trailer of Jurassic proportions. Come June 18th, Rocket League will receive a brand new battle car pack based on Jurassic World to tie in with the upcoming release of Jurassic World 2: Fallen Kingdom in Cinemas. The Rocket League Jurassic World Cars Pack brings with it a new vehicle; the Jurassic Park Jeep Wranger and a new T-Rex goal explosion. It also includes a few more goodies in the form of toppers and banners as well.

The Rocket League Jurassic World Cars Pack trailer was released earlier today. If you have yet to see it yourself, you can check it out below.

Here is the official press release from Psyonix.

The content coming in the Jurassic World Car Pack is:

The DLC will be priced at $1.99 USD (or regional equivalent) and will be available for download on all platforms on June 18.