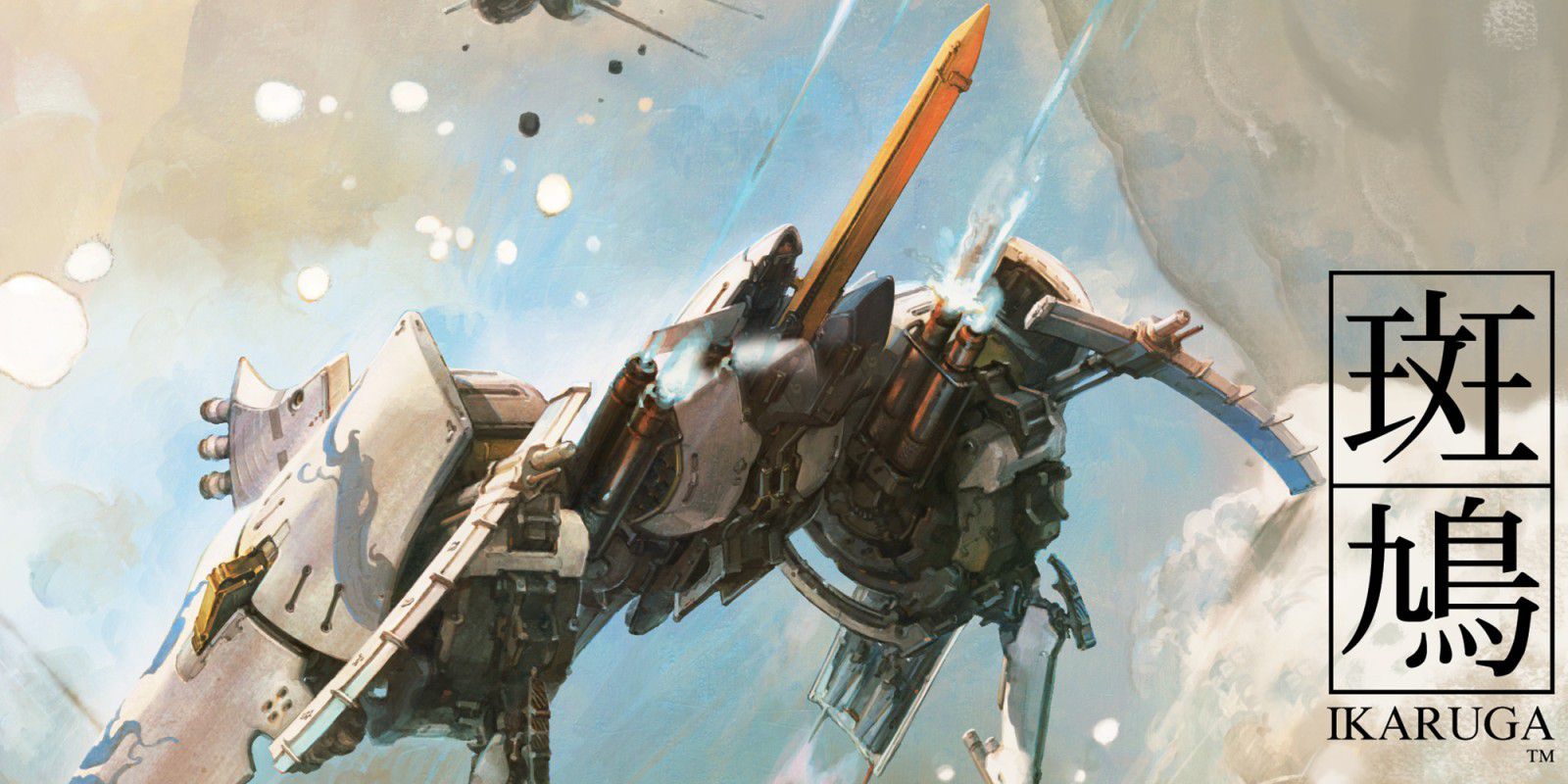 June 4, 2018 7:40 am Published by minusthebrant Leave your thoughts

In the waning days of the Sega Dreamcast bullet-hell shooters were coming out at a fever pitch, but one shooter stood out above all the rest. Back in 2002, a shmup was released that redefined what could be accomplished in the genre and expanded on the ground-work many shooter titles before it only hoped to achieve. Now, developer Treasure’s greatest shoot em’ up Ikaruga has released on the Nintendo Switch through Nicalis as its publisher, and it was definitely worth the wait.

Ikaruga is a bullet-hell shmup, meaning there’s rarely a moment when the screen isn’t completely filled with bullets. You play as either Shinra or Kagari, two pilots rebelling against the Divine One’s massive army seeking conquest through their discovery of the power of the gods. This has granted them unimaginable amounts of power and it’s up to your heroes to put an end to their tyranny. While this might seem like a traditional action-only title, Ikaruga ends up housing a ton of lore based around the factions, locations, and origins of player characters and their ships.

It was a thoroughly interesting universe and easily had one of the most fleshed out settings ever seen in the genre thus far. Much like Dark Souls (my favorite gaming series), all this lore is not immediately apparent, opting for a ‘show-don’t-tell’ approach to its placement in the game. It’s also worth mentioning that Ikaruga has a strangely touching ending, another rarity with the genre.

What may seem odd is that there are no weapon powerups or ship upgrades; it’s just you and a plethora of enemy ships. At any time you are able to shift your ship’s polarity between light and dark, and this where Ikaruga’s sheer depth truly shines. While as the light, you can absorb any light bullets fired by the enemy and deal extra damage to dark ships. Same thing occurs for the dark polarity with you absorbing dark bullets and deal extra damage to light ships. Taking a single bullet from the opposite color though, will cause your ship to explode and lose a life.

As difficult as Ikaruga is, as you usually won’t go ten seconds without switching polarity, the gameplay always stays engaging and enemies are immensely varied in attack pattern and how they look. This is especially true for many of the bosses you will face and sometimes will have to keep switching in half second increments in order to just stay alive. Switching polarities is not only crucial for staying alive, but is also directly tied to the score mechanics. Shooting down three ships of the same color in a row will award you with a multiplier that will continue to rise as you kills enemies in threes.

Absorbing projectiles of the same color as your polarity will also store your energy in a gauge, which could be spent to unleash a screen-clearing homing attack. Doing so could compromise your score combo though, relegating it to a crutch with a drawback essentially. While this might inhibit your score, there’s no denying just how awesome Ikaruga looks.

Despite being just a remaster of an over 15-year-old game, Ikaruga has aged very well. The while polarity mechanic translates into the graphics, buildings and ship designs. The environments themselves are an interesting blend of nature and industry. For example, a network of high-powered lasers wreaking havoc in the middle of a canyon, or a vast army of ships raining hellfire on an unassuming town below. Also, any explosion (especially the bosses when defeated) will be one of the greatest explosions you will ever see. So epic is the boss explosions that they will explode through the frames-per-second and dip far below where they should be.

The sound design was breathtaking and the music always seemed to kick in when the action really heated up. It successfully pervades a sense of melancholic tension during the boss fights, unlike anything I had heard before. In fact, one thing that will always stick with me is how the ship’s robotic navigator shouts “Energy Max!” each time your energy gauge fills up. It also goes insane any time a boss shows up with a blaring warning sign and screen pop-up adding to an already exhilarating experience.

That being said, Ikaruga just oozes awesomeness from every one of its pores. It’s definitely tough, but the approach to bullet hell pattern design actively stimulates your brainpower and awareness. If you want to become better at over-the-top shooters like this, Ikaruga will definitely be a great first stepping stone and will probably help improve righting reactions and reflexes.

The Switch version of Ikaruga comes jam-packed with content. The first being the game modes including an arcade perfect mode and Prototype Mode that gives you a set amount of shots and the only way to build the gauge back up is by absorbing the same color as your polarity. If the story is too hard there are plenty of options to add more lives, unlimited continues and plenty of customizable preferences. Rounding out the package is an appendix menu that gives an in-depth look at character models, concept art, never released artwork, music, and more. This is a great way for the developer to say “thank you” and give back to the consumer with all these bonus extras.

Overall, while it won’t appeal to those who just flat out hate bullet hell shooters, Ikaruga certainly is one of the best shoot em’ ups ever made and there is no excuse not to play this gem of a title. This is the type of game that should be played by anyone with even a passing interest in hardcore shmups.