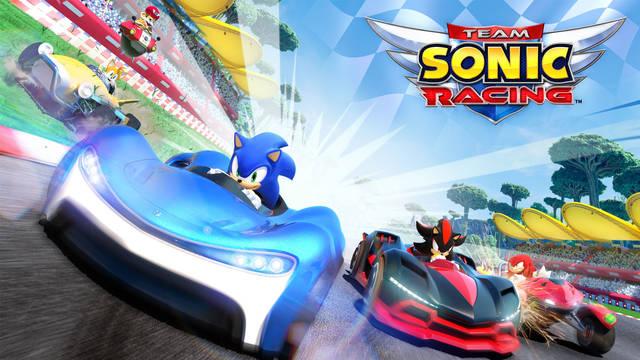 Team Sonic Racing: Not a Sequel, Been in Development for Quite a While and Other Details

Why, hello there race fans. The new Sonic racing season might not kick off until this Winter when Team Sonic Racing comes to such tracks as PC, Xbox One, PS4 and Nintendo Switch, but the engines are revving up already!

I don’t quite know what got into me then, but during an official live stream with SEGA’s own Aaron Webber, a bunch of new details have pulled a fast one and can’t wait to be acquainted with you. So, here’s a recap of what he had to say about Team Sonic Racing:

And, because we like to save the best till last, after years of being asked about why Sonic is even in a car in the first place, here is a statement we have been waiting a long time for, by Webber:

“So we’re going to set the record straight just in case. If he’s not in a car guys, the race is over before it’s begun. You know this. You know he’s fast. He’s faster than cars, so we gotta equalize the playing field. So please, spread the word if you see anyone curious why he’s in a car, there you go.”

For more on Team Sonic Racing, we ask that you be patient for just a little while, as Team Sonic Racing will be at E3, it will be playable and there will be new footage as well. But, for those of you who would like to watch the chat where all news comes from, you can view it here: