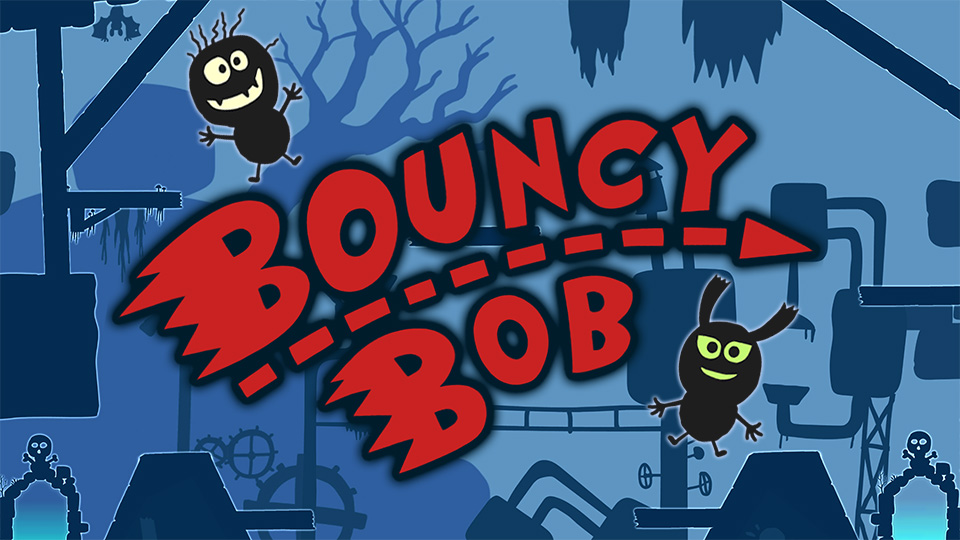 Developer: All Those Moments

Bounce on your enemies to defeat them… Or leave them be?

Nowadays, many games introduce us to a complex world and ask us to remember a big sequence of commands or systems. Such is the case for the massive Xenoblade Chronicles franchise and The Legend of Zelda: Breath of the Wild, which introduces many different systems to allow for unique experiences. But looking back, many indies, have been bringing details from the old 8 and 16-bit games. Still, few games go really back in time and try to adapt a characteristic of the very first games: one button controls. Bouncy Bob is a game that takes that idea to try to create a different game, but does it succeed?

Developed by All Those Moments and published by SONKA on Nintendo Switch, Bouncy Bob was originally released on PC in 2017 and produced by a crew of three creators that worked to make a unique one button arcade game.

This filter works well in changing the atmosphere and giving different looks to the existing stages, but aside of the cosmetic change, they aren’t that useful or necessary. The objects and enemies in the foreground are well designed and easily understandable, with the main character being the exception as his visual appearance felt very uninspired. The background of the stages are normally beautifully drawn and a few of them caught my attention. I also like that a dedication was put into the characters animations, especially when they are appearing. This animation collaborates with the appearance to make each of the 6 enemies distinguishable, but I wish there was a bigger variety of enemies. I also have to praise that some details in the background have their own animation, making it much more interesting.

I wish I could also say good things about the game’s audio design, but it’s hard because of a problem it shares with the enemies: the lack of a bigger variety. During my entire playthrough, I may have listened to only 4 or 5 different songs. It’s hard to know the exact number, because no song stood out for me, and after a while, the song repetition started bothering me, so I listened to songs on my cell phone. The sound effects were done well enough that they didn’t feel out of place and helped indicate things, like taking damage, well enough. But sometimes, the audio didn’t play correctly when I took a lot of damage, for example, but this can be easily fixed.

Gameplay wise, this game has 2 modes, Single player and Multiplayer, (and a tutorial if you want to count that.) The tutorial does a sufficient job of introducing the one button control scheme and the different variations that it allows, like the floating ability. But it falls short on teaching about the HUD, enemy’s ability or the difficulty option hidden inside the options menu (which I still don’t understand what it affects).

The Single player mode, consists of missions in which you have to kill a specific amount of enemies, by bouncing or using the special items, before you die to unlock the next arena. In total, this mode consists of 15 arenas, which you can easily go through in 1 or 2 hours, and after you unlock them all, the only thing left is to beat your high score, as no online leaderboard is available.

Completing this mode and unlocking the next arena, felt more like a chore than fun. That is especially true if you consider that the enemies can kill you very easily (and, in the case of the “vampires”, out of nowhere), because they do huge damage and if you are close, they always go or through their spear at the exact position you are. Join that with the fact that enemies that die with their own weapon doesn’t count to the total, you don’t have a clear visual feedback for damage (just a HUD effect), that some items can hurt you or don’t work as they appear to and that it is very difficult to escape spikes (and they are prominent in almost all arenas), and you end up with an experience that is more frustrating than anything.

After completing that mode, I invited a friend to help me try out the other mode, the multiplayer. As soon as we started, one thing bothered us: even though there isn’t a difference in abilities, it seems it isn’t possible to select what character you want to be. After that, you are greeted to 5 stages, each one with their size, items and number of players recommended. Playing with two player proved not be so fun as there isn’t much happening, as there are only the players and items, no enemies appear in this mode. So after a few rounds to test the arenas, we got bored and switched games.

All you do in this game, is relied to the button that would represent the A in your controller configuration. This mechanic didn’t work well as the aim keeps cycling between the extreme jump angles and you release the button when it shows the direction you want it to go. This lead me to two problems that made me feel as I didn’t have total control over the character, making my whole experience worse. The first is that, in Single player, the enemies attack you very fast and waiting for the arrow to point to the desired direction can result in an easy death or you jumping incorrectly or to your death. And I felt some input delays, which made my character jump in an incorrect angle. Finally, I have to reinforce that I encountered a few crashes throughout all the playthrough, but they can be fixed on a patch.

Bouncy Bob isn’t a game that I can recommend, as it is a game that ended up frustrating me and, even, making my angry. There are many other games that you can find on the eShop that will give you more play-time and fun than this game, unless you accept this game’s problems and try to enjoy it anyway.