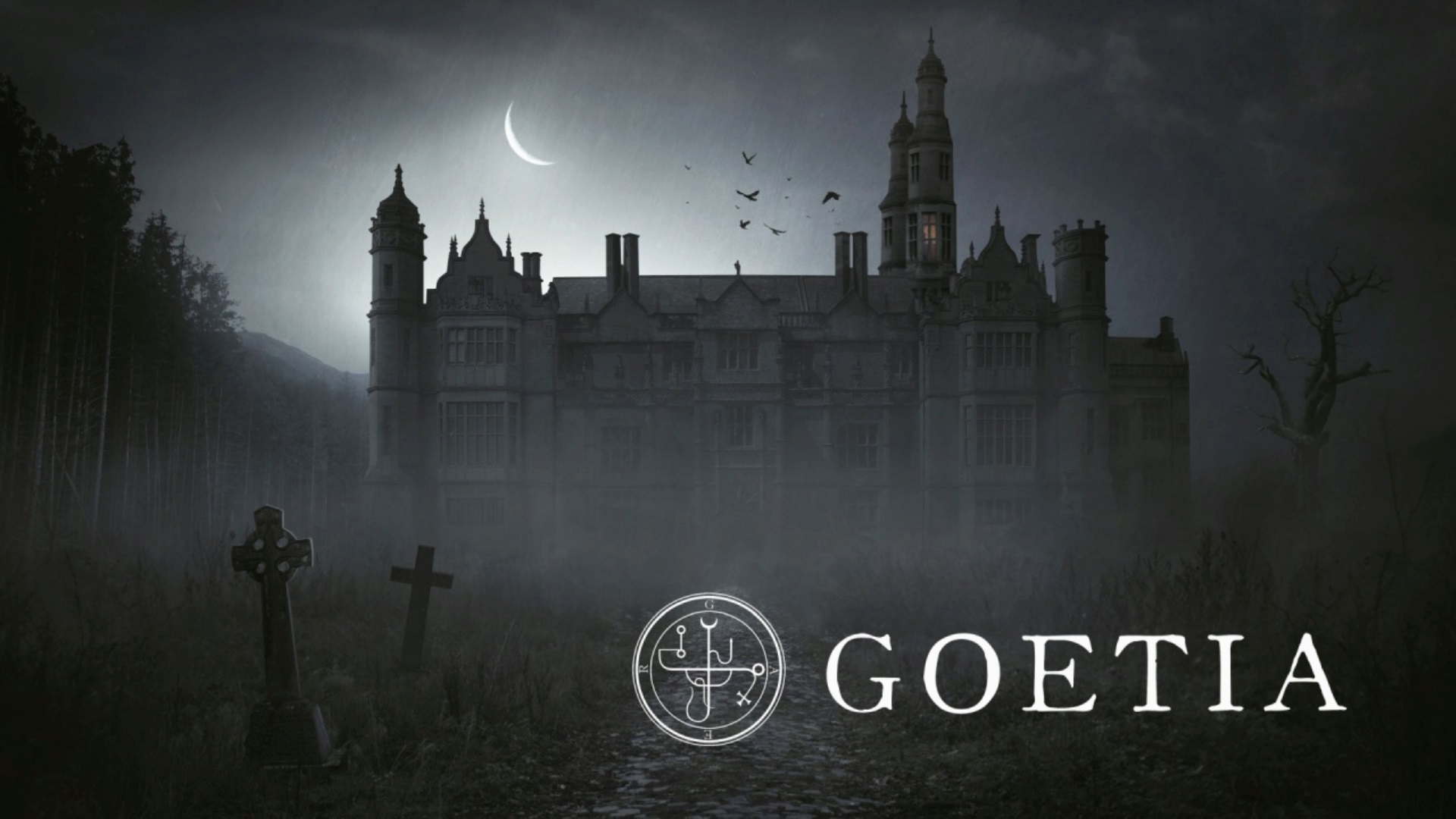 The year is 1941 and the world is at war. We are not taking place in a war though, instead, we take control of Abigail’s spirit in developer Sushee’s eerie exploration title Goetia. While the plot is obscure, any fan of point-and-click adventure titles would be wise to check out this haunting mystery. Just be ready for some unneeded complexity and difficulty within the confines of Blackwood Manor.

Goetia takes place many years after the death of Abigail, a spirit not knowing why she was summoned back into our world. From the very beginning, the title Goetia had me intrigued, mainly because goetia means ‘sorcery’. Sorcery is the art of conjuring angels and demons, and it made me wonder why Abigail was conjured into this world? After awakening from her grave, she notices everything is different and once you enter her home you see that it is decrepit, but there’s still hope that someone is alive within this god-forsaken manor.

As you explore the mansion it can prove rather difficult due to the many spiritual barriers prohibiting entry to some rooms. Originally, I thought you were only confined to the manor as it has many rooms to explore, but later there are other areas including Oak Marsh which is an abandoned village, an old church inside Eldwitch forest, and even a secretly sealed labyrinth underground.

Abigail starts as being a normal spirit and she has the shape of a wisp. Unlike other point-and-click adventure titles, you don’t have to press a button to move her to a location but rather she will follow your cursor movements with the left analog stick. There is no inventory, instead, Abigail is able to take over inanimate objects by possessing them and moving them. However, once you control an item you will lose the specter ability of passing through walls, meaning you’ll have to find real physical paths in order to progress.

Controlling objects will allow you to do different tasks, but after using an item they’re still accessible which in certain circumstances can be very confusing. Also, the objects can be lost within huge areas so keeping track of each item is crucial to solving some of the puzzles. Fortunately, there is a storage box that can house most of your items for use later.

Throughout the adventure, Abigail is able to level up but not in the traditional sense. She will be able to pass through certain spiritual barriers later, but she will also receive certain abilities. Some of these abilities include extra strength for possessing heavier objects or being able to see certain paths for an object to travel through. Many point-and-click titles are linear, but thankfully Goetia is not and this can be a good or a bad thing. You are able to solve some of the mysteries out of order, but you may also not know where certain items should go to advance the story.

Your journal and codex are paramount to being able to understand where to go next and can sometimes be hard to understand. This is very important though, as Goetia does not have a save option, but rather saves after entering or exiting a room or area. The puzzles range in difficulty from too easy to very heard so keeping an eye out for every detail is crucial. Fortunately, you are able to bring up all points-of-interest by pressing the minus button. Lastly, the cursor does move slowly but can be sped up by holding the left trigger or you can just use the touch controls, which work surprisingly well.

Graphically, Goetia looks dark and sinister, while the music eerily draws the player into the world. There is no voice acting, but the dialogue is well written and gives some gravitas to the situation Abigail is in. Sometimes the slow pace became repetitive and boring with too much exposition to read, but I did appreciate the level of detail in each environment. I wish there was more consistency as the sandbox nature of exploration was too confusing when the levels opened up past the initial mansion.

Overall, Goetia is a solid entry in the point-and-click adventure genre with some clever moments and overly frustrating puzzles to solve. The adventure will take between 15-20 hours in order to solve all the mysteries, with plenty of story exposition to please any adventure enthusiast. I wish there was a better hint system in play as some of the clues are overly obscure, but if you want an engagingly told Gothic horror story in a beautifully somber world, Goetia is for you.