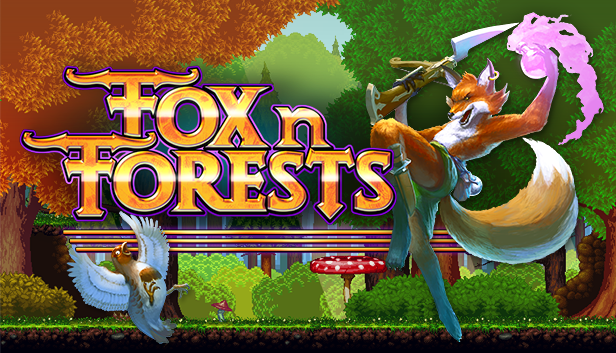 Fox N Forests Springs Onto Switch This May

Bonus Level Entertainment and EuroVideo have announced that their retro action platform game Fox N Forests will be making a worldwide release on Nintendo Switch as well as other major platforms on May 17th. Fox N Forests take inspiration from the 16-bit Super Nintendo era and mixes elements from the Legend Of Zelda and Castlevania with a protaganist that could give Fox McCloud a run for his money.

For more information and a gameplay trailer, you can check out the press release below:

The announcement comes with a brand-new gameplay video, showcasing one of the beautifully designed levels inspired by the classic SNES-era:
https://www.youtube.com/watch?v=OR-VuDe1_nQ&feature=youtu.be
Rick the Fox, armed with a magical crossbow, must master its powerful ability to change between two seasons within each level. Create new platforms out of falling leaves in autumn, freeze surroundings in winter, and use other powers at his disposal. Only by mastering the seasons will Rick be able to outfox his enemies, explore the mystic forest, solve brain-teasing puzzles, claim victory against colossal bosses, and bring the mystery of the fifth season to light.

Inspired by timeless classics such as the Castlevania and Zelda series, FOX n FORESTS will be both accessible and challenging. The game combines modern game design and retro charm accentuated with glorious 16-Bit graphics and a chiptune soundtrack.
Successfully funded via Kickstarter in 2016, FOX n FORESTS will be the first title from EuroVideo’s new games label Wild River.
For more information on the title, please visit the official website and follow FOX n FORESTS on Facebook or Twitter.
Source: Stride PR