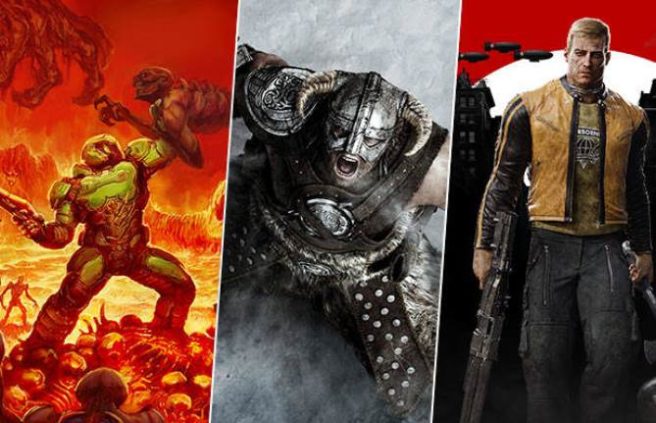 Videogame media site GameReactor had the opportunity to talk with Pete Hines, Vice President of Bethesda. They spoke about the company’s commitment to developing for the Nintendo Switch and their thoughts about the platform.

Pete Hines says that Bethesda is very commited to the Home/Handheld Hybrid and though, developing for the console isn’t exactly a breeze, because of the nature of the Switch, it can do something that none of the other consoles can. He also said how the company is very pleased with Nintendo’s success and Nintendo is thrilled to have Bethesda on board.

Here is an excerpt from the interview:

“The challenge is entirely a technical one, right? If it was easy, then everyone would do it and it wouldn’t be that big of a deal. It’s not a direct 1:1 with other hardware that’s out there, but it also does something that nothing else can do, which is you can take it with you on an airplane, on a bus or whatever. The portability of it is fantastic.

A game like Doom or Skyrim or Wolf II that there is an audience for those games on those consoles. We’ve seen that so far. Nintendo’s been really pleased obviously, and we didn’t have a crystal ball to know, ‘Oh this will definitely their best-selling thing’, but we saw it early, we felt like there was something we could support and our games would resonate, and they have, and obviously Nintendo’s crushing it with their hardware sales which is great.

From Nintendo, they’re thrilled as hell. Last Nintendo game I guess we did before this would have been like Star Trek Tactical Assault or something – we did a DS game. I can’t even keep them all straight, it was a long time ago, but we hadn’t done anything on Nintendo hardware in a long time. But we’ve always talked to those guys. Our philosophy hasn’t changed in all my time at Bethesda, which is we put all this effort into making these games, we’ll put them out on as many platforms as will support the game as the developers have designed it. Now in the case of Switch, okay we’ve gotta do a little work to make sure it runs right and gives the right thing. We don’t want to cut out half of the story or make sacrifices that change the game, but if a device will support what we’re doing, we’ll absolutely put it out because we want as many people as possible to play these great games that our developers make.”

You can check out the full interview between Game Reactor and Pete Hines along with their plans for E3 on the Game Reactor Website.