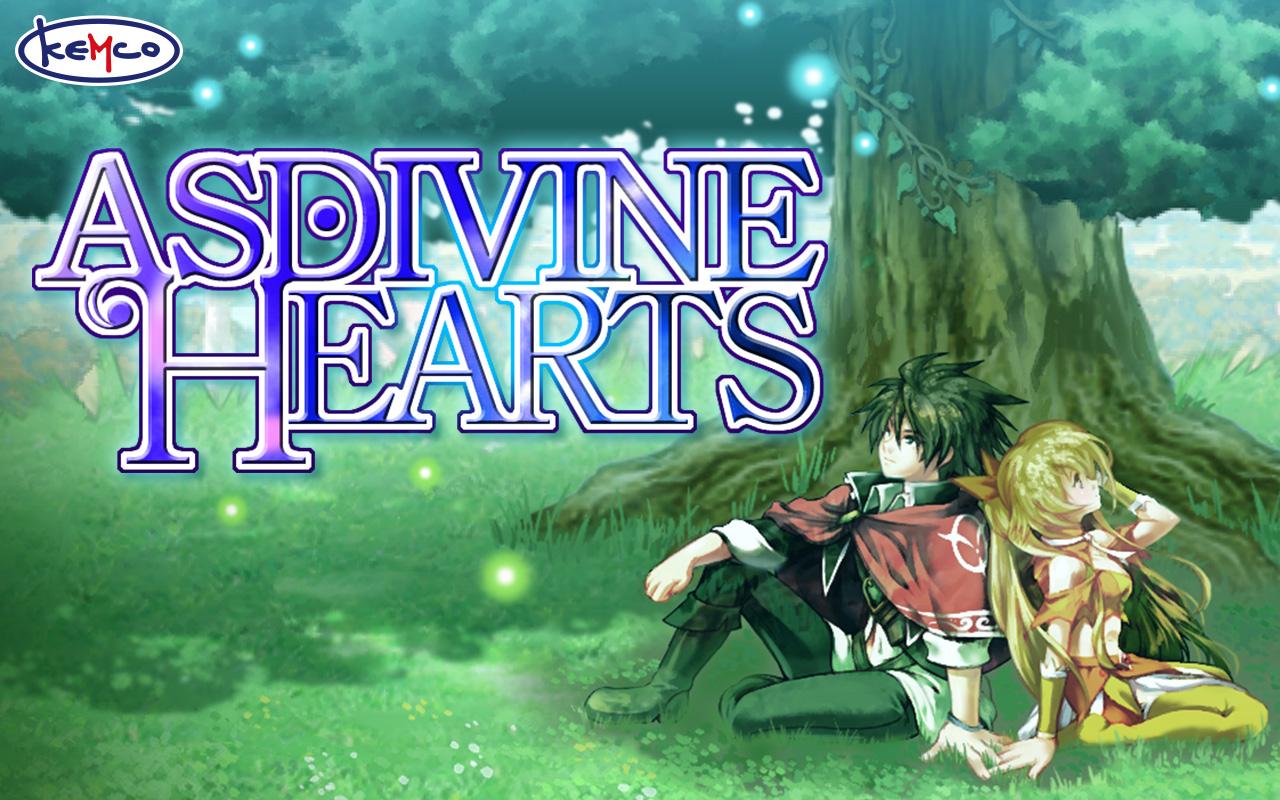 Publisher Kemco has been known for offering lengthy RPG adventures on mobile devices for years, and have recently crossed over to consoles and PC with Asdivine Hearts back in 2016. Now, Asdivine Hearts makes its way over to the Nintendo Switch to provide some classic retro-styled JRPG goodness for the console. While anyone who has a fondness for JRPG’s like Chrono Trigger and Lunar: Silver Cat Story will find plenty to enjoy, everyone else may find this experience too bland.

Asdivine Hearts takes place in a world ruled by two deities: the Shadow deity and the Light deity, during a time when the world is dealing with a rise in the monster population. Two young orphans are trying to return a wild cat to its home in the woods, but it becomes possessed by a being made of light that states it is the Light deity. The two orphans are then pulled into an adventure around the world to restore the Light deity’s powers and stave off an eventual world destruction prophecy.

The story kept me engaged throughout most of the time playing I spent playing, but like most JRPG’s, it has its highs and lows. It starts off slow, showcasing its character development and seems to be forced and cliche. However, once the full five character party is assembled the story gets significantly better and does so until the end of the game. If you can make it through the first few slow hours, then this is one of the better JRPG stories on the Switch.

Like most of Kemco’s RPG’s, Asdivine Hearts is a retro turn-based JRPG based on video games from the Super Nintendo era. You’ll have an overworld map to explore, ships and airships to pilot, dungeons and towns to explore, and of course random encounters and boss fights. How you progress and level up is like many retro-styled RPG’s from the 8-16 bit era, or the older Final Fantasy titles this game gains inspiration from. The story leads you across the world map from exploring towns, dungeons, and the overworld until you gain access to a boat or airship where you have freer roam and Asdivine Hearts becomes much less linear.

Fortunately, there are some different RPG gameplay mechanics that keep Asdivine Hearts from playing like the many other RPG’s. The first is Trust and Friendship events where you can spend time with you can spend time with your party members, increase trusts levels with them, and unlock special endings for those characters. Given that there are eight different endings to Asdivine Hearts and I was never going to complete them all, you can manipulate them with the choices you make throughout your journey.

The skill system is also new and in most JRPG’s you have spells you can use, but in Asdivine Hearts each character has unique skills they can learn. As you fight through battles you gain skill points very quickly and you use those instead of magic points to provide new attacks or buffs/debuffs to your list of actions. This makes traversing dungeons easier because you can just use your skills that regenerate on their own instead of relying on items to regenerate magic points.

Finally, there is the Gem systems which work as additional ways to make your characters stronger other than just leveling up or equipping armor and weapons. All of your characters have grids that you can attach gems to that can do provide many benefits, such as changing their stats, learning new magic spells, and providing permanent buffs. The way this is balanced is that ever gem has a unique design and all the designs you want equipped have to fit on a character grid. You can’t have too many gems on them until you have larger grids you can equip later in the game.

All of this comes together well and I appreciated how Asdivine Hearts kept a steady tempo throughout my play through. Many JRPG’s are notorious for having slow pacing with movement speed, battle speed, and just navigating menus. With Asdivine Hearts, the basic menus aren’t pretty to look at, but I never became confused with where I had to navigate to. While playing, the movement speed is very quick, whether you are walking around the world map or in dungeons, or taking part in battles, it felt fast-paced, even with the random encounters getting annoying at times.

Not all of Kemco’s RPG’s have a long length to them, but Asdivine Hearts breaks that trend. Across the normal difficulty and completing the normal ending I completed the title in around 18 hours and felt like I had seen enough. It’s not overly long, but also not too short for JRPG enthusiasts. If you complete all the side-quests and unlock some of the other endings I can imagine it will add many more hours to your experience.

Visually, Asdivine Hearts features some above average 8-16 bit retro graphics that isn’t anything special, but look well polished compared to other games of that era. There is somewhat of a motion blur effect when playing on the big screen, but playing in handheld really made the colors stand out. Character models are unique, but I do wish there was more enemy variety other than palette swaps. The soundtrack is decent with some epic scores that don’t quite reach the heights of many classic JRPG’s and can get repetitive.

Overall, Asdivine Hearts is a solid classic JRPG that will delight fans of the genre, but will alienate everyone else. I can’t help but feel presentation-wise everything is bland, although the combat and some gameplay mechanics help differentiate it from other similar JRPG’s. There’s really nothing special about Asdivine Hearts, but the character interactions, story, and gameplay are intriguing and fun enough for those who invest the time.