My Hero One’s Justice Heading To Switch This Year 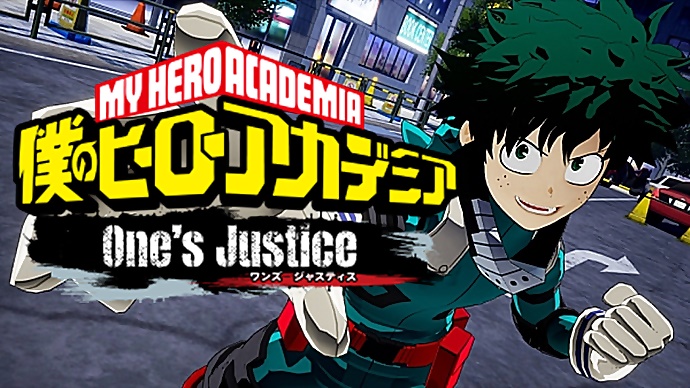 Bandai Namco Entertainment America Inc. has announced that they are bringing a new 3D arena-based fighting game to PC and all major consoles, including the Nintendo Switch. Their newest game is none other than My Hero One’s Justice which, is based on the popular manga and anime franchise by Weekly Shonen Jump. If you would like to know more, you can check out the official Press Release below.

BECOME A TRUE HERO WITH BANDAI NAMCO ENTERTAINMENT AMERICA INC.’S MY HERO ONE’S JUSTICE
In a World Full of Superheroes, What Will You Do to Stand Out from the Crowd?
SANTA CLARA, Calif., (April 13, 2018) – Leading anime video game developer and publisher, BANDAI NAMCO Entertainment America Inc. today announces MY HERO ONE’S JUSTICE™, a new 3D arena-based fighting game based on the popular manga and anime franchise from Weekly Shonen Jump®. This new title will be coming to the Americas for the PlayStation®4 computer entertainment system, Xbox One™, PCs via STEAM®, and Nintendo Switch™ in 2018.
MY HERO ONE’S JUSTICE takes place in a world where most of the population has superpowers known as Quirks, and where heroes and villains are commonplace. One day, Izuku Midoriya, a bullied middle school student without a Quirk attempts to save his childhood bully Katsuki from a villain. In recognition of his good deed, the world’s greatest superhero, All Might, bestows upon Izuku his own Quirk known as “One For All”.

Pick your side and choose between hero or villain in the fight for justice. With fan favorite characters, players will be able to choose up to two sidekicks to create the ultimate team. The two sidekick characters will provide crucial combo opportunities with their specialized moves, providing dynamic fights full of hard-hitting action. The explosive powers each character wields will wreak havoc on their opponents and the environment around them. The best players will use the environment to help defeat the opposition.
“MY HERO ONE’S JUSTICE is an electric combination of stellar graphics, intense gameplay, and a collection of popular characters,” said Randy Le, Associate Brand Manager at BANDAI NAMCO Entertainment America Inc. “All based around the hottest new anime and manga franchise coming out of Japan that fans have been craving.”
MY HERO ONE’S JUSTICE will be available in the Americas on PlayStation®4 computer entertainment system, Xbox One, PCs via STEAM, and Nintendo Switch in 2018.
To learn more about MY HERO ONE’S JUSTICE and BANDAI NAMCO Entertainment America Inc.’s other products go to: http://www.bandainamcoent.com/home.html or follow us on Facebook at https://www.facebook.com/BandaiNamcoUS or join the conversation at https://twitter.com/BandaiNamcoUS