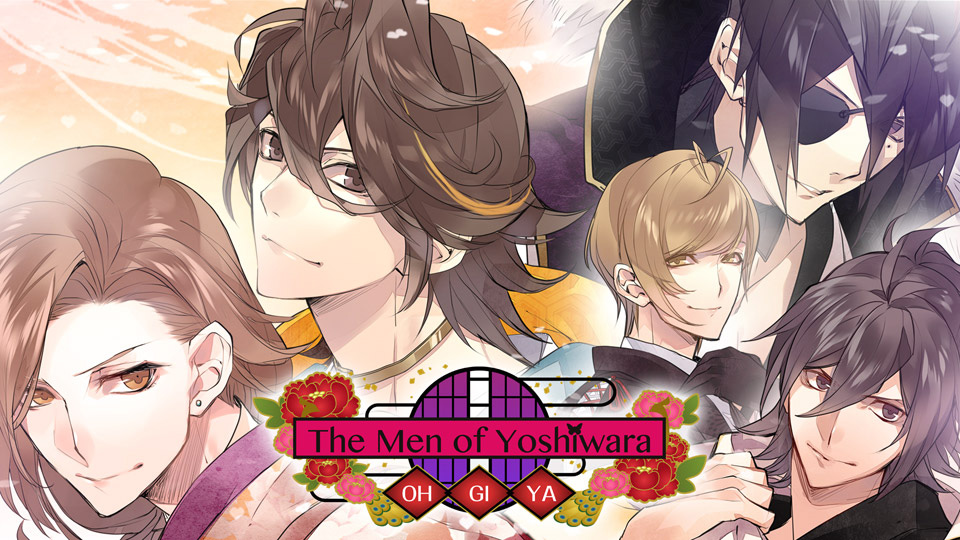 Does The Men of Yoshiwara: Ohgiya for Nintendo Switch improve upon the shortcomings of its predecessor’s lovers, or does it limp around the bases to home plate? Stay tuned, dear reader, and your intrigue shall be satisfied, and hopefully so will you.

We return, once again, to the cursed isle that houses Yoshiwara. An ill-fated island where men are seldom born, and those unfortunate few are squirreled away to a life of servitude in the he-brothel to satisfy the emotional and physical desires of the island’s female residents. The Men of Yoshiwara series takes an alternate view of the fabled Geisha of this now long dead portion of Japanese history and culture. This island that houses Yoshiwara is cut off from the mainland because of its debaucherous culture and “unseemly” traditions. Here, is where we will begin our journey once again.

Not every woman that ventures into the halls of Yoshiwara come seeking a delightful distraction from the rigors of daily life. No, some women come to be wooed, and some even come to seek a love that they know is forbidden. Will you seek out carnal pleasures, or will you find your soulmate among the courtesans of Yoshiwara?

We play as a resident of the village who has entered womanhood, and she is to be escorted to the Yoshiwara district by her male bodyguard, Musashi. He is the only man that she has known her entire life, and this creates within her a feeling of anxiety. This unfamiliarity with the male half of the species is only part of her trouble, the rest being that which is expected of her. You see, because of the cursed existence of men upon the island, the only way to marry and produce an heir to your family’s business is to buy a courtesan out from his sexual slavery, and make him your husband.

This satisfaction of duty is what drives the story this time around, and as such we see a much bigger emphasis on a strong female lead that knows what she wants to find. While she is a bit unsure as to the morality of her obligation, she also understands that it is the way things need to be. Instead of playing the coy and awkward protagonist from The Men of Yoshiwara: Kikuya, we find ourselves playing the huntress. While there is still a bit of shyness to be found, our starlet is not as easily smitten by the advances of even the most aggressive of male geisha.

So, like before, I will go over the available suitors and their personalities:

I actually found myself curious about there being another suitor. In the first game, one of your choices is a childhood friend of the protagonist. I expected Musashi to have his own arc, especially because the protagonist was so reluctant to be going to Yoshiwara in the first place. I know that in Kikuya, the childhood friend had been a courtesan, but finding true love in your lifelong protector seems to make for a more natural relationship than one where you feel obligated to due to societal pressure.

While there aren’t as many available paths as there were in the previous game, The Men of Yoshiwara: Ohgiya offers better writing and translation. The experience, no matter which path you take, is just better in general. Except with Gakuto, that guy is a jerk. Some of the story beats are unexpected and unsettling, and often the happy ending feels forced. Regardless, this is a vast improvement over the first game, so I’d recommend it for a fan of the genre. However, it still doesn’t provide much in the way of motivation for any newcomers.