[Feature] From March to the End of April, Sometimes You are Bringing 7 Games to Nintendo Switch, Can You Guess them All? 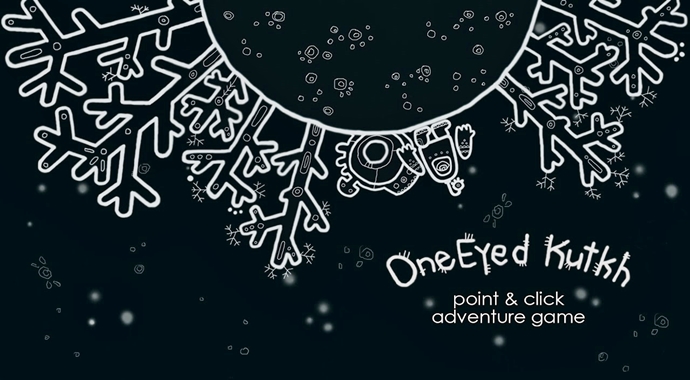 Sometimes You may not have been in the act of bringing games to the Nintendo Switch in 2017, but they’re more than making up for it in 2018 and after letting us share the news back in January that One Eyed Kutkh is Switch bound, we’ve been given the go ahead to share some more games they’ve got coming to various platforms, along with release dates:

Dealing with the issue of the contemporary refugee crisis while at the same time being deeply rooted in a classical cyberpunk atmosphere à la Blade Runner, NORTH features a dark synthpop soundtrack, a sprawling mega-city and weird monster-like inhabitants.

The gameplay is very straightforward and mostly consists of exploration and simple puzzles. The main difficulty is to understand what you have to do in order to get asylum. You’ve come from a foreign land in the south and find yourself lost and confused – a confusion you convey through letters to your sister back home. An important part of the gameplay, these letters help you understand your tasks while at the same time moving the narrative of the game forward.

A single traveler on his way home crashes on a mysterious planet. To continue his journey, he’ll have to get to the ninth heaven, deceive the Sun and the Moon and steal their space-boats.

Platforms: Xbox One and Nintendo Switch

Put your problem-solving skills to the test as you navigate over 100 levels and 11 different stages full of perplexing puzzles. Watch out for moving obstacles as you maneuver through each level. Think fast, if you’re too slow, the ghost may catch up to you. Hustle to reach the finish before your time is up!

Each stage of gameplay adds a new challenge with an ever-increasing difficulty. Don’t be fooled by appearances, Spiral Splatter will stump even the most adept puzzle game aficionado.

Stay calm, relax and see if you can take on Spiral Splatter!

Platforms: PlayStation 4 and Xbox One

Eye on the ball names Wheye had come to the planet where his friends studied local species. His friends went missing, the planet is about to blow and only Wheye can save everyone. He will have to face different trials on his own.

*Where Are My Friends? is also planned for Nintendo Switch, but is currently without a launch date as it is currently undergoing Nintendo’s Q&A

Platforms: Xbox One and Nintendo Switch

You are alone. Are you lonely? You’re lost. Or stuck? Somewhere…but where? And most importantly, who are you? Only Yesterday You Were A Man. Today Everything Has Changed. You Died. But your soul is still there. It’s a piece of light energy trapped in the alien space between two worlds.

You can’t even tell night from day in this hell where big money runs everything. And the best way to prove you’re right is with brute force.

Jon Lockhart walked through the prison gates a free man, after spending years imprisoned as the supposed murderer of an old friend. He returned once more to the city where it all started intent on figuring out who it was that framed him for the murder and make them pay in blood for the crime. It’d take some work with the key witness dead, but that just meant he’d have to flush out every rat from hiding.

Old friends and new enemies. Search for the truth, for loyalty and sanity – but all you can find here is redemption, betrayal and death.

The main protagonist of this story suffers a crash on his submarine. The great red octopus is the reason of this, his will of destroying every traveler that he encounters may seem unbeatable, but Diver isn’t exactly as simple as he looks. He is encouraged to walk along the bottom of the ocean, plunge into the depths of the darkest corners, to rip and tear through the thick plants of sea weed and fight with the most unknown creatures of the world that is beneath, just to get his submarine back in his command. On his path, he will witness many beautiful landscapes of the scenery and will acquire many trustworthy allies, all of which will also enrich his stories that will be worthy of telling about… That is, of course, if you’ll be able to help him survive and triumph over the evil.

I’m sure it goes without saying, but with so many games that offer a different experience, there’s bound to be at least one game from Sometimes You that will warrant you attention during the next couple of weeks! Thanks for reading!