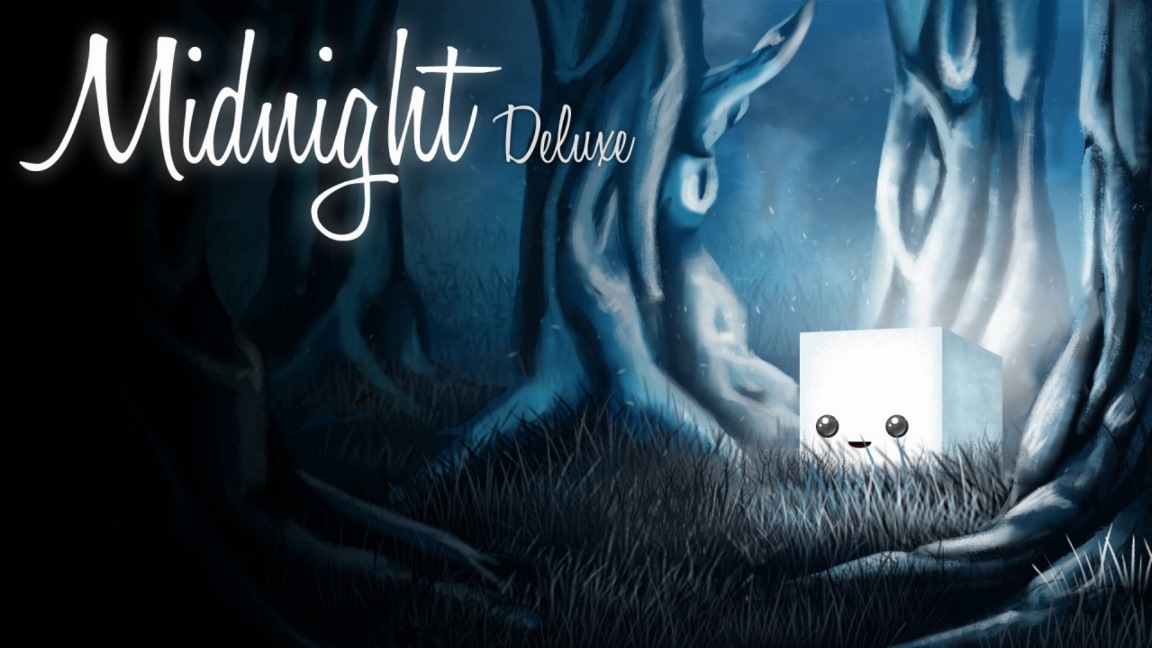 With no Mario Golf on the horizon for Nintendo Switch, it’s time for Midnight Deluxe to step up to the tee and take a swing!

If you find yourself wondering why Midnight Deluxe, a “golf-like game” that takes place in a world with a “perpetual darkness setting,” looks familiar, there’s a really good reason for that. Like 36 Fragments of Midnight, which released on the Nintendo Switch, back in September 2017, Midnight Deluxe is also developed by Petite Games and uses the very same art style, but there’s more.

Where Midnight Deluxe differs to Midnight and Midnight 2 though, is the fact that although it is a port of both games, but packaged as one for the Nintendo Switch, it’s also added to them in a couple of ways. Firstly, there are the enhanced graphics I’ve mentioned before that are superior to what we saw in 36 Fragments, but it also has more content than both the individual games combined. On top of the 28 levels that were first seen in Midnight and the 28 levels from Midnight 2, Midnight Deluxe has an additional 14 levels to round things off to an even 70 levels in total, which means Midnight Deluxe isn’t just bigger than its previous instalments, but it’s more elaborate as well!

Now as far as the actual gameplay goes, the premise of Midnight Deluxe, is about as simple as they could possibly be. You must fire Midnight (the white cubed protagonist,) from one side of the screen, to the awaiting hole on the other side of the level and you have no shortage of shots either, with shooting being handled by holding the A button, moving the left analog stick for direction and strength, and letting go of A to fire. Although, if you prefer to do everything by hand, you could always use the touch-screen controls, by putting your finger on the screen, moving it in the direction you want Midnight to be fired in and letting go.

Where Midnight Deluxe gets tricky though and offers a challenge, is then obstacles come into play. One minute the only problem you have could be getting Midnight to the hole as close as possible, whilst avoiding a falling enemy, but come the later levels, where things like lasers, spikes, rotating saws and levers exist, what was once a gentle experience can soon become an infuriating one, which is where the soundtrack comes into play. With easy on the eye graphics and a soothing piano soundtrack, Midnight Deluxe is a game that knows it can anger you, but it uses these two features, to soothe you, so when instances of rage can come, instances of calm can swiftly follow. Balancing tranquillity and a decent challenge, is not easy, but Midnight Deluxe does it very well and should the hazards not be enough of a trouble for you, there are stars at play as well.

Although you are not limited to how many shots you can take to beat the each level, as you have an infinite number of shots, if you wish to collect all 3 Stars each level has to offer, you will need to meet the shot limits, which can easily go from limiting you to just one shot on a level to three, so if you are a masochist, then getting every last star is something you’ll need to add to your to do list and if you need to know how well you’re doing, the game’s menu screen will tell you how much you have completed the game so far. Should you not be a fan of hitting the + button and restarting because you’ve messed up one too many times, on any given level, then the X button can become your best friend, as it offers the quickest restart.

Realistically, there isn’t anything actually wrong with Midnight Deluxe, as it’s a game that can be both fun and a challenge, and it pretty much does everything as correctly as it could do, but if it’s type of playstyle, visuals and piano soundtrack does nothing for you, well that says more about you, as opposed to the game itself. I’m not saying Midnight Deluxe is the best game in the world, or even the best game in its type of genre, but it is not the effortless affair it seems, it is a port that has turned 2 decent games into a far superior one and for what it is, it is fantastic, if you like golf-like projectile shooting games and if you don’t, it’s only $3.99 at an introductory price, so it’s not like you couldn’t afford to take a punt on it, if you wanted to. But, just in case the message isn’t clear, Midnight Deluxe is not another 36 Fragments of Midnight, its better, it’s nicely put together and the touch-screen support is a pleasant touch that serves the game tremendously well.