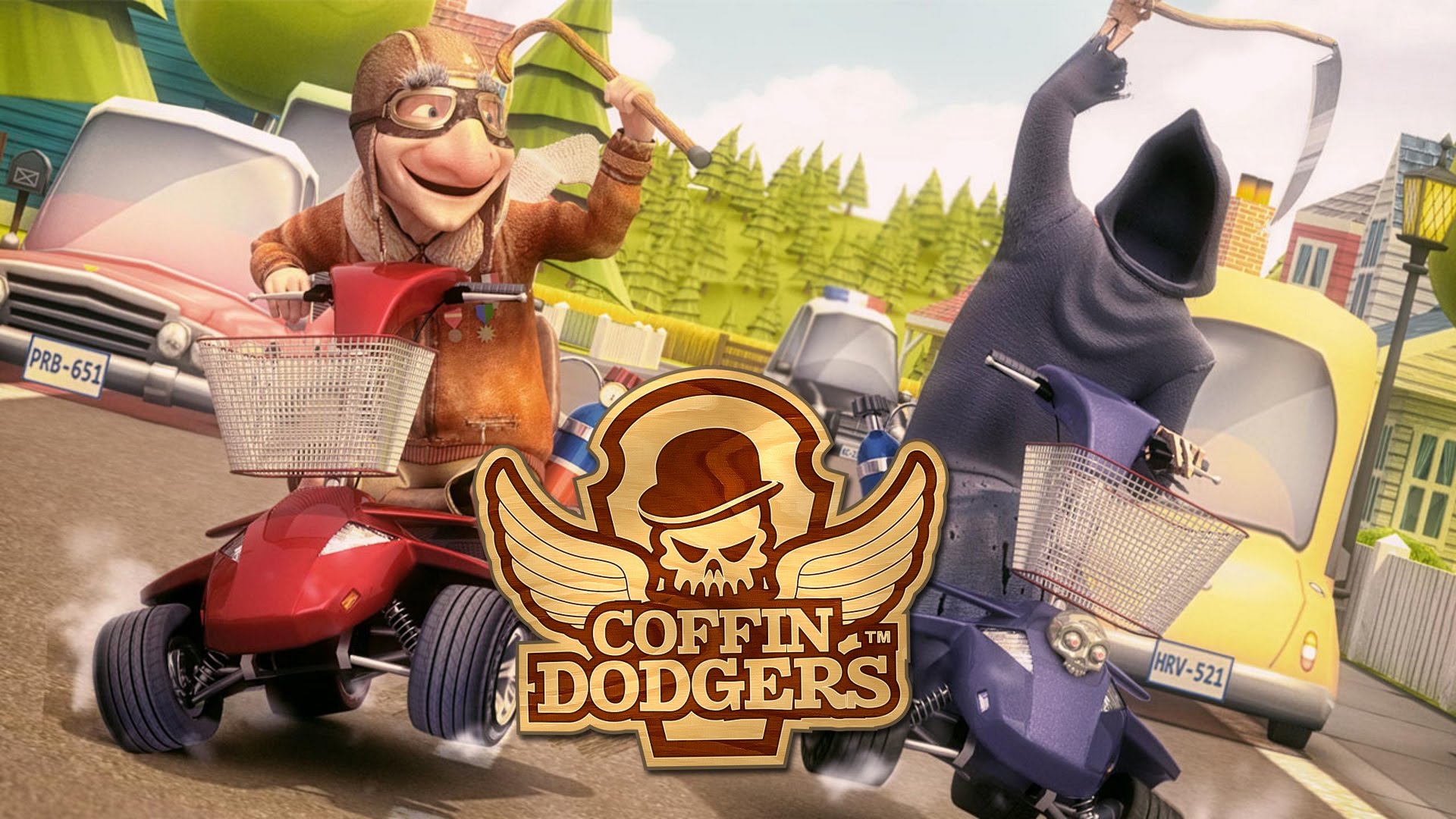 [Press Release] Why be Young, when you can be Old? Geriatric Kart Racing Game Coffin Dodgers is Coming to Switch on March 13

Having just released Typoman: Revised on Nintendo Switch this month, Wales Interactive have another game lined up for March and it is a race for your soul, as you will need to race against the Grim Reaper, should you wish to stat alive. Both a trailer of and today’s announcement can be seen here:

“Youth has no age, but Death has a scythe.” G Reaper.

Coffin Dodgers sees life in the slow lane become a fast and furious race for your soul! Take on the role of one of seven quirky retirement village residents, each racing on their very own pimped-up mobility scooters, armed with a variety of upgradable homemade weapons and gadgets to take on anything the Grim Reaper and his army of zombies throw at them.

With a 2-4 local multiplayer mode you can actively battle and knock your friends from their mobility scooters, get tangled up in epic crashes and cause mayhem! What’s more, experience the 3D open-world “Crazy Granddad” mode where you race against the clock in the entire Sunny Pines district.

The “Road Rash” style player-to-player combat features wacky weapons and collectable destructive power-ups to stop your mates in their tracks. Watch your frail backs though as you’re never too far away from an EMP powered defibrillator!