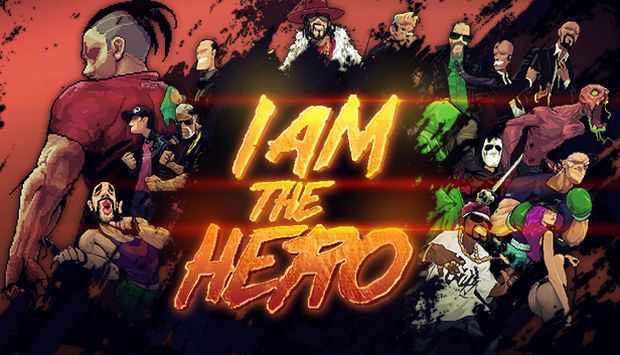 [Press Release] Where there are Villains, there are Heroes and I Am The Hero is Coming to Switch & PS4 this year!

As we turn our sights to Ratalaika Games’ next Switch game (Twin Robots: Ultimate Edition,) the Spain based developer have taken today to announce another title that will be launching on the Nintendo Switch and PlayStation 4 this year and that game is I Am The Hero. The official announcement can be seen here:

A Hero’s Work is Never Done and that’s why I Am The Hero is Coming to PS4 & Nintendo Switch!:

PS4 & Nintendo Switch could use more Heroes and it’s going to get one!

Leon, Spain — February 16th — Released on Steam earlier this year, I Am the Hero has since been met by very positive and favourable reviews and now thanks to a partnership between Ratalaika Games and Crazyant, this Hero’s tale can now hope for a repeat performance on PS4 & Nintendo Switch.

About I am the Hero:

I Am The Hero is a pixel art, beat ’em up, fighting game that tells the story of a “Hero” with a glorious but mysterious past. Is he the hero he thinks he is or is there another side to this legendary figure?I Am The Hero is a love note to retro gaming, ripped from the fuzzy memories of the developer’s childhoods and seasoned with a wild passion for fighting games. If you want a truly modern re-interpretation of classic gaming, then it’s time to join the fate and answer one simple question, “are you the hero?”

Enjoy fast paced, retro action inspired by modern and old-school classics. I Am The Hero will give you shot of nostalgia and adrenaline that you’ve been crazing.So what are you waiting for? It’s time to join the fight!