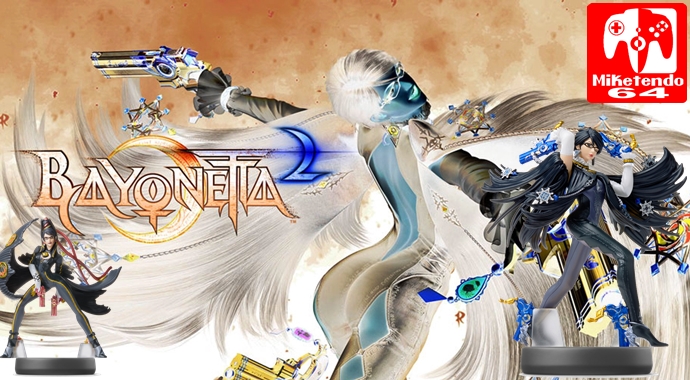 Having taken the time yesterday to reveal some fun details about amiibo in Bayonetta 2 yesterday, today we’re back at it, bit in a different way!

Instead of just showing you more fun messages that amiibo can be used to greet you with in-game, via a guide, we’re actually going to tell you about some of the really cool amiibo that will unlock costumes for you, so that you never have to worry about spending Halos on them, unless you want to! So, here’s a comprehensive breakdown:

*Old Style = Bayonetta as seen in Bayonetta 1 with long hair

*New Style = Bayonetta as seen in Bayonetta 2 with short hair

*Bayonetta 2 Seems to have supports for all amiibo as Shovel Knight and even the Shadow Mewtwo card can be used as well.

So I hope you’ve been collecting amiibo these last couple of years, as not only will they save you an absolute fortune, but scanning 32 of them in on a daily basis, over at The Gates of Hell, could net you close to 500,000 Halos every day and some useful items that will only assist you in your Witch Hunt!

As always, we hope you found our little guide helpful and be sure to take part. The Hero who choose, might just be the one we get!