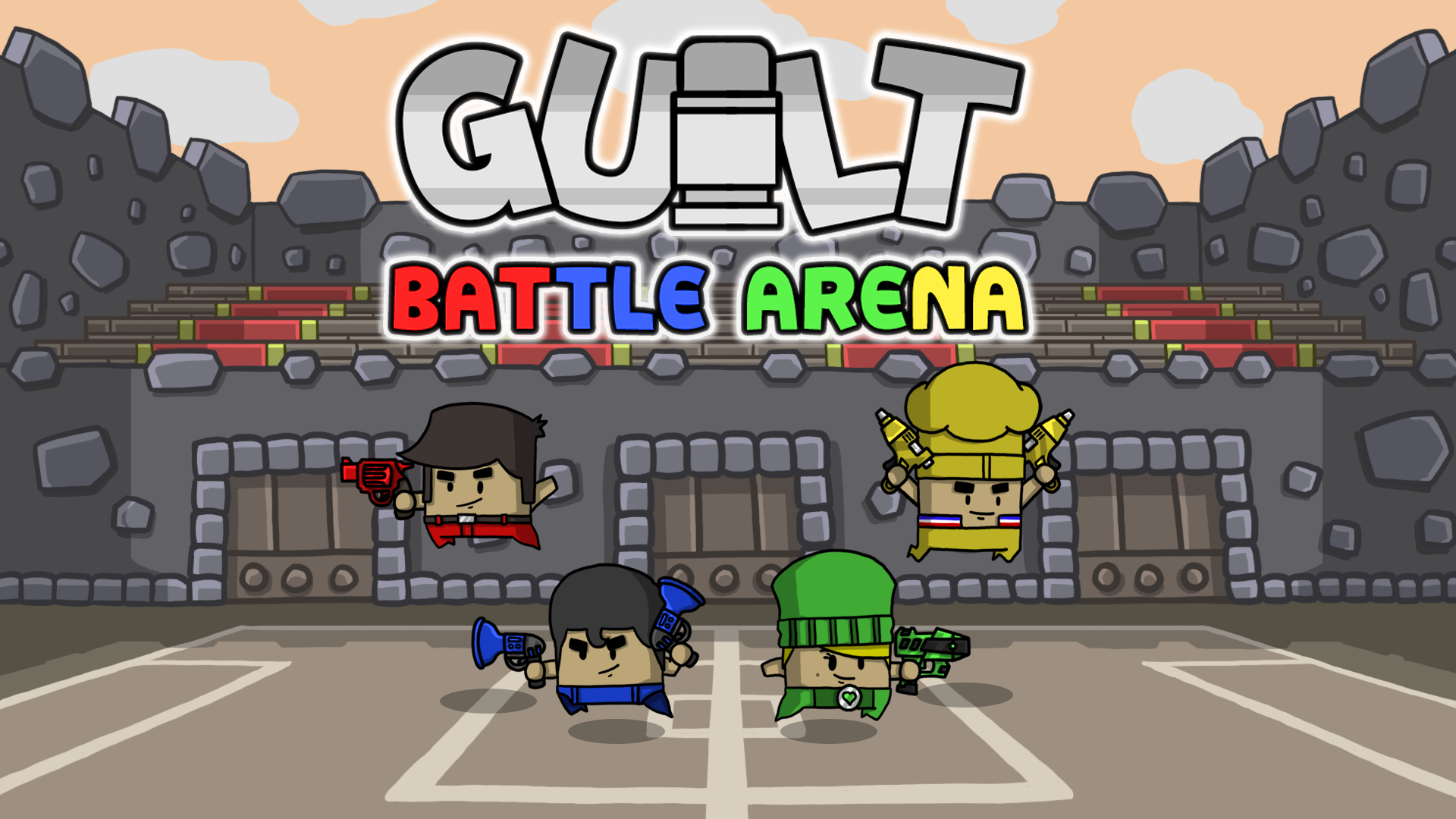 If you had One Shot, One Opportunity. Would You capture it, or let it slip? Okay so maybe this isn’t an 8-Mile song but it is pretty close. Guilt Battle Arena has just release on PS4, Xbox One and PC today with a Switch release coming soon. This local multiplayer couch combat game has you strategically ricocheting your one and only bullet in the hopes to defeat your opponents and claim victory.

Want to know more? you can read the full Press release below.

Invincible Cat and ForwardXP Game Now Available for PlayStation 4, Xbox One and PC for $14.99, Coming Soon to Nintendo Switch

Feb. 14, 2018 — Guilt Battle Arena, a frantic 2D local multiplayer and couch combat game from Invincible Cat and ForwardXP, is now available on PlayStation 4, Xbox One and PC for $14.99, and coming soon for Nintendo Switch. The game pits up to four players against each other as they engage in combat through wacky stages and gameplay modes. Play as one of the members of The GUILT Patrol to take down the Dreadful Judge and his evil minions, to bring peace back to the galaxy.

Guilt Battle Arena challenges players to use a single bullet to attack opponents and after firing, players must rebound their bullet after every shot. Play and shoot through raining chickens, dodge exploding cats and lead homing missiles directly to the enemy!

Rated Everyone 10+, Guilt Battle Arena features seven game modes in local multiplayer Versus (2-4 players), including capture the flag with cannons or hot potato with a bomb! Players can amp up their matches with outrageous gear, including jetpacks or turn everyone invisible. Over 35 zany player costumes are unlockable through gameplay.

After proving your superiority to your friends in Versus, team-up in Co-Op (1-2 players) to work together to defeat the Dreadful Judge and beat the world high score.