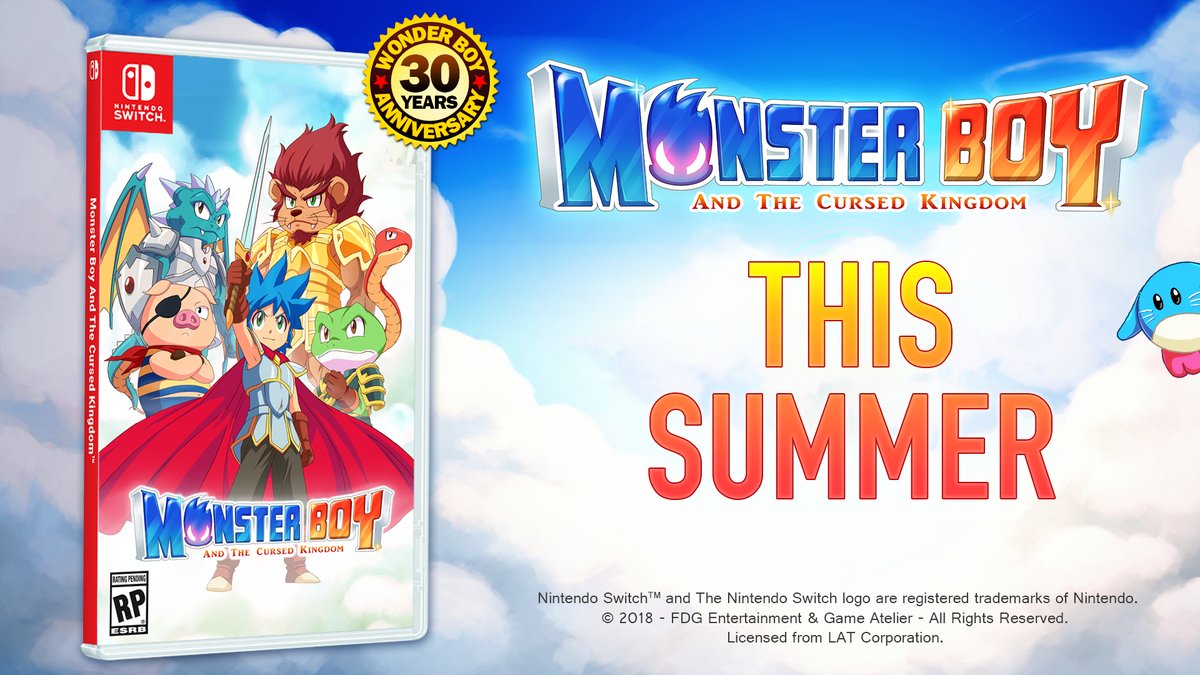 FDG Entertainment has partnered up with SEGA to publish a Physical copy of Monster Boy and the Cursed Kingdom for the Nintendo Switch this Summer. The Physical is only announced for North America at the moment so it is not yet known if Europe or other regions will see physical release or if SEGA is publishing to those regions as well.

It’s happening! We’ve teamed up with @Sega to release Monster Boy for #NintendoSwitch on physical cartridge, shipping to all retail partners in North America later This Summer! No delays, it will sim-ship digital and physical on the same day. #MonsterBoyGame #WonderBoy pic.twitter.com/hIgVOSkngb

This is a pleasant surprise nontheless as Monster Boy and the Cursed Kingdom is a spiritual successor and a revamp of Wonder Boy and the Dragon’s Trap, which originally released on the SEGA Master System back in 1989. It also saw a HD Re-release on the Nintendo Switch last year and will also be getting a physical retail edition this year as well.

Monster Boy and the Cursed Kingdom will see a simultaneous release on Physical and Digital when it releases this summer.