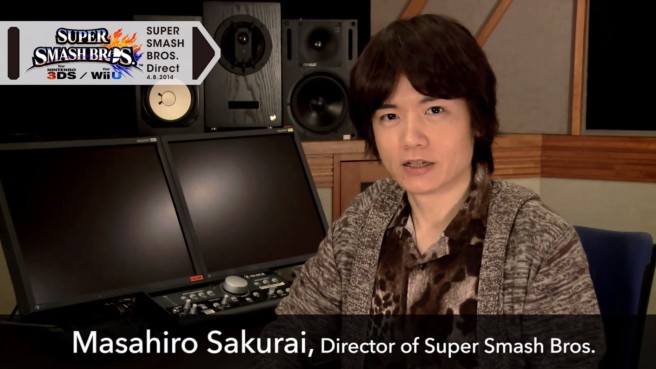 Masahiro Sakurai Looking To Divert From Directing To Consulting

Masahiro Sakurai is quite a legend in gaming and is known for giving “His All” when it comes to developing videogames, to the point where it greatly affected his health. He is had always felt that Super Smash Bros for Wii U & 3DS would have been his last for the series. This has left a lot of fans wondering if he will be working on a new Super Smash Bros for Nintendo Switch or whether we could be seeing a “Definitive Edition” of the Wii U being ported.

According to a Famitsu Interview with Masahiro Sakurai, he was asked how much longer we would continue to develop videogames.

‘…Well for me, every time I always think, “This might be the last one.” If it’s a request from a client then I’ll consider it, but I do wonder, “Is it alright if I’m not the director?” It might be good to take on more of a consulting role.’

This response was translated courtesy of the folks over a Source Gaming. A more indepth translation is in the works and they hope to have the full interview in English soon.

To be fair, Sakurai has more than earned the right to take a backseat from full on Directing. From a consulting point of view, he can still offer advice on how he thinks the development should go on fututre projects but without the pressures of deadlines or micromanagement from above.