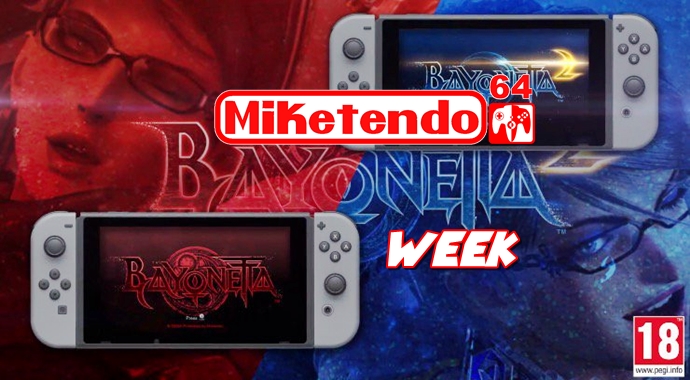 I know the title is an absolute giveaway, but Theme Weeks still have a place at Miketendo64 and we have 2 that aren’t just lined up, but ready and waiting!

Given the release of Kirby All Stars for Nintendo Switch on the 16th of March and the fact we have yet to give him a Theme Week of his own, from March 12th to the day’s end on the 18th of March, we’ll be producing Kirby focused content like nobody’s business, but before then, we’ve got another Theme Week on the cards and it is just as good! With Bayonetta 3 announced as a Switch exclusive and the first two games out next week, from February 12th to day’s end on the 18th of February, our content is going to be very Bayonetta focused and here’s an example of what to expect:

Now, we could give you more details than that, but this time around, we’re going to leave you with wanting for more and we’re going to deliver that more, next week, so be sure to join us as our Theme Weeks always deliver!  So please make sure you find the time to join us and look for our unique content with the #BayonettaWeek hashtag. We promise you won’t regret it!