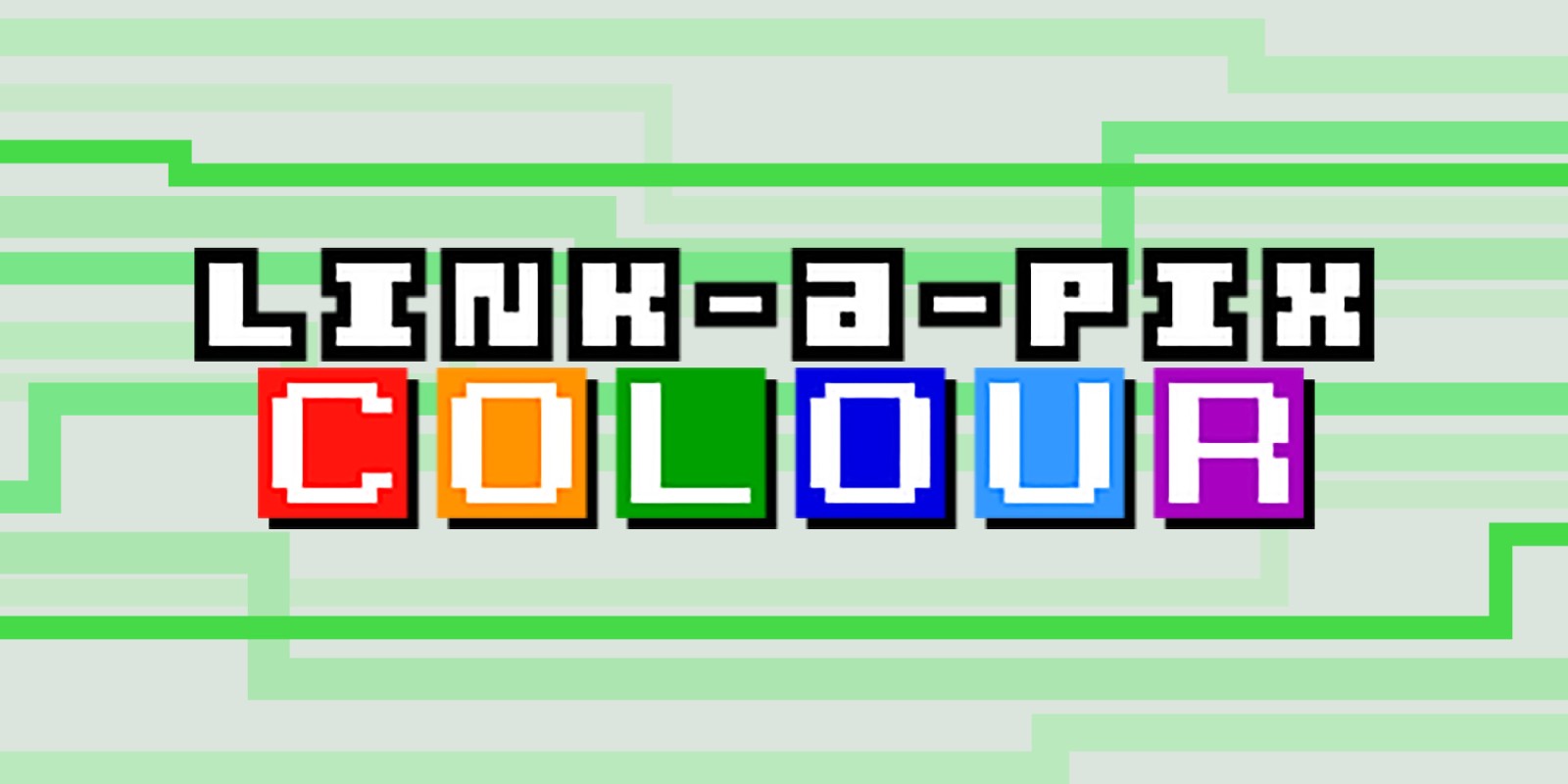 It’s all about seeing the big picture!

Developed and published by Lightwood Games who recently brought Pic-a-Pix Deluxe to the Nintendo Switch and featuring puzzles by Conceptis, Link-a-Pix Colour, is a “clue-linking puzzle game where every grid has a picture hidden inside” and to reveal said puzzle, you will need to fill in the given puzzle grid wherever possible by linking together numbers of the same colour, It’s a straight up concept that we have seen time and time again in recent years, as one such example that springs to mind is Score Studio’s Piczle Lines DX, which came out on the Nintendo Switch last year and it’s really not worth comparing the two, as it is an unfair fight.

Although Link-a-Pix Colour is a puzzle game that comes packed with puzzles like Piczle Lines DX does, it doesn’t have nearly as much as the latter, as Link-a-Pix Colour only comes with 120 available puzzles that can be played in any order you wish, so if you want to one puzzle that’s a 10×15 and then move straight onto one that is 50×75, then you can, just know that given the size of the puzzle, the grid that will be displayed on your 3DS device, only shows a certain amount of the grid, so just as soon as you clear one area, you’ll need to use the directional buttons to move over to an area you have yet to try, or move over because the current area is proving a little too taxing and you can come back to it later.

Now, while it is true that Link-a-Pix Colour has a rather average presentation, with the same singular soundtrack that can be toggled on or off and no story whatsoever as a story isn’t actually a necessity in puzzle games such as this, Link-a-Pix Colour is a puzzle game that does in fact want you to win. Although you are timed how long it takes you to beat each level, if you make a mistake at any time and wish to check out how you’re doing, pressing the X button will allow a prompt to appear and tell you how many issues there currently are and in the even there are some, you can actually choose to have them be fixed. It won’t properly connect the dots as to where they need to go, but they will delete the ones you did wrong, so you can try them again.

However if you do use the Fix to correct your work, when you ultimately beat the level, you will not earn a medal, which isn’t too much of an issue if just playing for fun, but as the game’s only available achievements of sorts, you will of course, need to try the level again at a later date, just to get the medal and if you run out of time whilst playing, you can always return to the game’s menu, as Link-a-Pix Colour will actually save your progress on the level you just left, so you can pick up where you left off at a later date if you. Only, while it is true you can skate by on pure luck to beat Link-a-Pix Colour, as you can use X at any time to just see how you’re doing, logic and simple deduction are more than enough to see you through to the end, but while the game itself is average at best, the 2 screen nature of the handheld system does do the game justice as on the power screen you can see the grid you must fill, whereas the top screen displays the hidden image, so you can see it come to life, one number connected line at a time, until eventually the picture is no longer hidden. So there is some good that comes from Link-a-Pix Colour, but ultimately, Link-a-Pix Colour is simply a good game and not a great one.

Besides a blatantly bland overall presentation that is just a tad charming in its child-friendly appearance, and basic premise, Link-a-Pix Colour is simply a puzzle game you can take or leave at your own leisure. The nature and general gameplay of Link-a-Pix Colour, is easy to pick up and not all that hard to master, so non-puzzle loving gamers can also find some enjoyment in Link-a-Pix Colou, but with so many other better titles out there to invest your cash into, including better Lightwood Games offerings to Nintendo platforms, it really does make it really hard to recommend Link-a-Pix Colour to anyone, as it is nothing more than just a dime a dozen, but it was real nice to be able to play on my New Nintendo 3DS XL for the first time this year, so at the very least, to the Lightwood Games teams, I thank you for that and look forward to checking out whatever you release next.