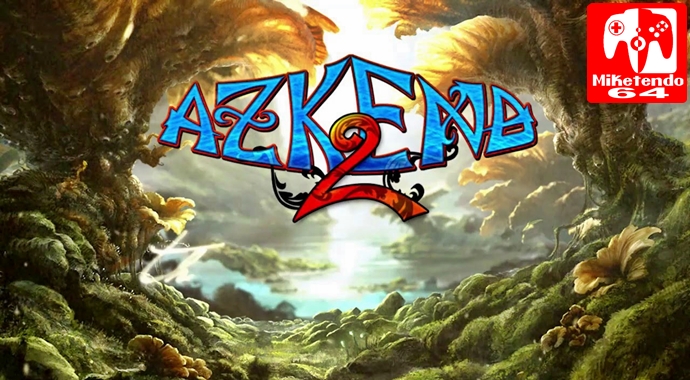 If you’re like me and fall into a deep depression whenever you remember Bejeweled 3 is never coming to mobile or modern handheld platforms, you’re probably also always on the lookout for a solid match-3 puzzler to fill your time. Often I look for games in this genre that attempt to do something different than the norm. The hybrid natures of Puzzle Quest and HuniePop, for example, scratch that match-3 itch while keeping things fresh and interesting with their RPG and dating sim elements, respectively. Azkend 2: The World Beneath sticks much closer to standard conventions, but despite this, it manages to stand out in its own right.

In Azkend 2: The World Beneath you’re thrust into an adventure involving an ancient civilization, told through several large hand-drawn illustrations and a female voice-over. As you progress through each stage, you’ll have to complete puzzle sections to create objects needed to complete a stage. In the first 4 stages, for example, you’ll need to construct a pair of binoculars. Completing the object allows you to use it as a power-up in future stages. Power-ups come in two flavors: passive and active. Active power-ups will appear as puzzle pieces during stages and cause various helpful effects whenever 3 or more of them are matched. These effects include removing pieces without any similar pieces nearby or exploding to remove a great many pieces from the field at once. The larger the match, the more powerful the effect. Passive power-ups affect the nature of game, such as making active powerup pieces appear 15% more often.

Stages start out rather simple – you make matches of 3 or more to flip all tan tiles to blue within the allotted time. When all tiles are blue, a piece of the object you need to create appears at the top of the playing field. Bring it down to the bottom through matches and you complete the stage. I initially feared that the game had shown all its cards by the 4th out of 17 groups of stages, but I was pleasantly surprised to discover that Azkend 2 never stops introducing new goals throughout its 60+ stages. These goals, such as putting out a fire that constantly spreads to other pieces unless you make matches next to it or making matches next to bugs before they reach the top of the stage, keep the game fresh and force you to continually reassess your equipped power-ups and matching strategy.

At the top of the screen are 5 Tesla coils that can assist you during a puzzle session. Each time you make a match that contributes to your goal, a Tesla coil will light up. Make 5 goal oriented moves in a row and the coils will drop lightning strikes that assist you further. Make one move that doesn’t directly help you finish the level, however, and all the coils will go out forcing you to start all over again. Additionally, making a match of 6 will create a lightning strike that acts similarly to one of the Tesla coils, with even numbered amounts above 6 (such as 8 and 10) adding one more additional lightning strike. This is a welcome new mechanic to the match-3 genre, as it makes setting up big matches just as useful as making goal oriented matches. Helping things go even smoother is Azkend 2’s choice to shuffle all pieces on the playfield whenever you run out of available matches. This keeps you from being unfairly penalized when you’re given a poor number of available matches from the start of a level (a situation any Bejeweled fan can instantly relate to).

After you clear a group of puzzle missions the game gives you a quick bit of story progression and then throws you into a picture search mini-game. The top right corner of the screen displays random snippets of the background illustration and you have to click on the areas of the background that correspond to the snippet shown. On some stages, however, the background is so devoid of any standout details that it becomes nearly impossible to make the matches required in the time given to you. It doesn’t help that you lose time faster for making random guesses. The game doesn’t penalize you in any way for failing these segments, so one has to wonder why they were included in the first place. If they wanted to show off the beautiful backgrounds the game has to offer they could have thought of a better, less stressful way to do so. At least enjoying the music is hassle free, as composer Jonathan Geer’s work in Azkend 2 is top notch. His epic, fully orchestrated themes do a great job of setting the tone of the game as you go on an adventure through an underground world fraught with as many wonders as danger.

Besides the single player mode, there isn’t much else to do. There’s a Challenges mode split into two parts: Time and Medals. Time challenges you to achieve the highest score you can within a time limit, while Medals acts as essentially a stage select mode for the single player. By playing through the single player stages again and finishing them in half the time, you’ll receive medals. These medals don’t do anything, but if you’re looking to squeeze out a bit more playtime, you can try collecting them all after you beat the game. There are also achievements you can earn, but like the medals, they don’t actually do anything.

Azkend 2: The World Beneath promises impeccably designed puzzling action with beautiful visuals and it delivers on that promise. The game’s art and musical score are both well-crafted and the puzzle action stays fresh throughout the game’s run-time due to continually switching your goals and forcing you to change your strategies. If you’re in the market for a casual match-3 puzzle game with a bit of visual flair, Azkend 2 has what you’re looking for. Just know that this is a puzzle adventure you’ll likely only want to see through once.