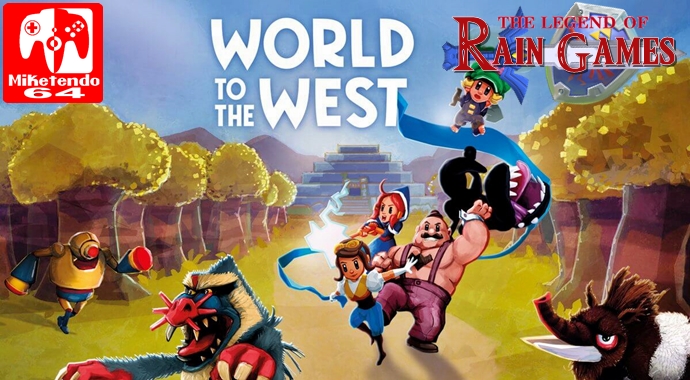 [Press Release] World To The West Out Now On Nintendo Switch

World To The West by Rain Games is now officially out on Nintendo Switch and with a super reasonable price tag of $19.99. Set in the same world as Teslagrad, You will take control of four unlikely adventurers each with their own set of skills and a motive to get back home, the journey begins here.

And now for the official Press Release.

BERGEN, Norway, January 18, 2018 – Well, this is not made of cardboard, but still great news: World to the West, the standalone sequel of Teslagrad, is now available on the eShop of Nintendo Switch, with a MSRP of 19.99 $/€/£. Join our four unlikely heroes in this 3D action adventure, and discover more about the universe behind Teslagrad!

A new continent to explore

“World to the West is about the joy of discovery.” says Peter Meldahl,  CEO of Rain Games. “In this action adventure, we have drawn from the genre’s rich past. It has also been a joy to experiment with a range of mechanics that have never been tried in a game like this before.” A vast world of blue skies and dark caves awaits our fearless adventurers, as they try to unveil the mysteries of an ancient prophecy… and hopefully find a way back home!

World to the West is a pulpy, cartoony top down action adventure inspired by European adventure comics. Take control of four unique characters, each with their their own motivations, skills and interweaving storylines, as they seek to escape the dark shadow of an ancient prophecy: Lumina the Teslamancer, Knaus the orphan, Miss Teri the mind bender and the gloriously mustachioed strongman, Lord Clonington. Travel trough corrupt colonies, lush jungles and frozen tundras, as you snoop through the secrets of a forgotten civilization!