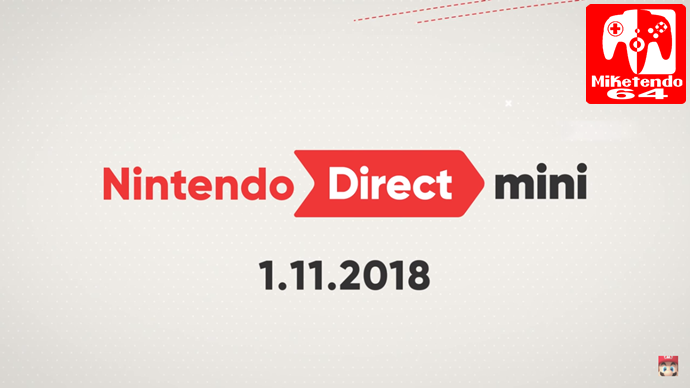 Huzzah!!!!! I am so happy! Nintendo America have finally given us the Nintendo Direct We have been waiting for. Super Mario Odyssey, Mario + Rabbids: Kingdom Battle and Pokken Tournament DX will see new updates and DLC. Hyrule Warriors is getting a definitive edition on the Switch as well and Dark Souls is indeed coming to the Nintendo Switch. Rather than tell you all the details first, you can watch the Mini Direct below!!!

And Below, We have the full Nintendo Press Release!!!!

DARK SOULS, the first title in the genre-defining action role-playing franchise, is coming to Nintendo Switch as DARK SOULS™: REMASTERED, including the Artorias of the Abyss DLC as well as improved framerate and resolution from the original DARK SOULS game for an exhilarating return to Lordran. This marks the franchise’s debut on a Nintendo platform, and now for the first time ever, this revered (and challenging) game can be played on the go. The game launches on 25th May, and you can watch the DARK SOULS: REMASTERED – Announcement Trailer on YouTube.

Mario Tennis Aces will bring a new level of skill and competition to Nintendo Switch when it launches on Nintendo Switch. Mario steps onto the court in classy tennis garb for intense rallies against a variety of characters in full-blown tennis battles. New wrinkles in tennis gameplay will challenge your ability to read an opponent’s position and stroke to determine which shot will give you the advantage. And this time the game adds the first story mode since the Mario Tennis game on Game Boy Advance, offering a new flavour of tennis gameplay, with a variety of missions, boss battles and more. The game launches for Nintendo Switch this spring.

Donkey Kong, Diddy Kong, Dixie Kong and Cranky Kong return for Donkey Kong Country: Tropical Freeze on Nintendo Switch. This title includes all the fun and challenge of the original game, plus a brand-new beginner-friendly mode that lets new and novice players play as groovy surfing simian Funky Kong. Funky Kong can double jump, hover, perform infinite rolls and even perform infinite underwater corkscrews. Thanks to his sturdy surfboard, even spikes can’t slow him down. The game launches for Nintendo Switch on 4th May 2018.

Players will be able to download a free update for Super Mario Odyssey in February that adds a new mini-game called Balloon World. Once players download the free update and complete the main story, Balloon World will become available. To get started, players just have to talk to Luigi. In “Hide It” mode, players have a limited amount of time to hide a balloon. In “Find It” mode, players have the same period of time to locate balloons hidden by other players from around the world. Players can move up in rank by finding hidden balloons and becoming expert hiders. The free update will be released in February with new Snapshot Mode filters and new outfits.

To view the Nintendo Direct video in its entirety, visit http://www.nintendo.co.uk/nintendodirect.