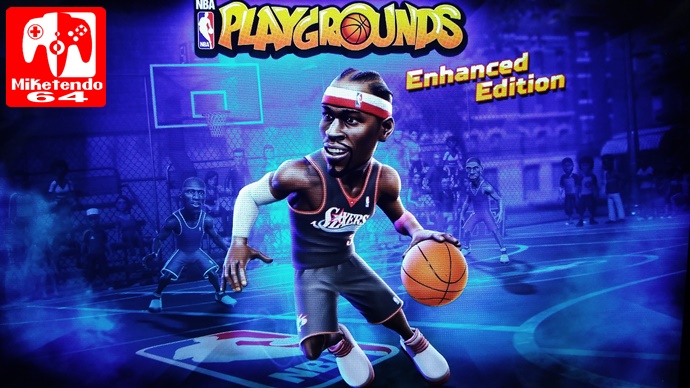 Saber Interactive have released an “Enhanced Edition” of their NBA Playgrounds title on Nintendo Switch for North America and Europe. This version comes with all the updates and patch fixes that have been already been released for platforms. Good news for those that bought the original game as it is free to download. Those that don’t have it yet will have to pay the full price. The Hot ‘N’ Frosty DLC is also available to download for $9.99 (€9.99) and comes with 8 new rookies to unlock, 3 new playgrounds, 3 new tournaments and 3 new balls as well.

If you have not bought NBA Playgrounds before, there is an introductory price for the Enhanced Edition of $9.99 / €9.99 / £8.99 but the sale won’t last forever so if you want to pick up the fun arcade game which has given me more joy than NBA 2K18.

Of course, some of you that bought the original version may be wondering why we have yet to have the free download for Shaq Fu yet? Well don’t worry because our man Marcus Sellars is on the case and Saber Interactive have promised that it is still in the works which can be seen on Twitter.