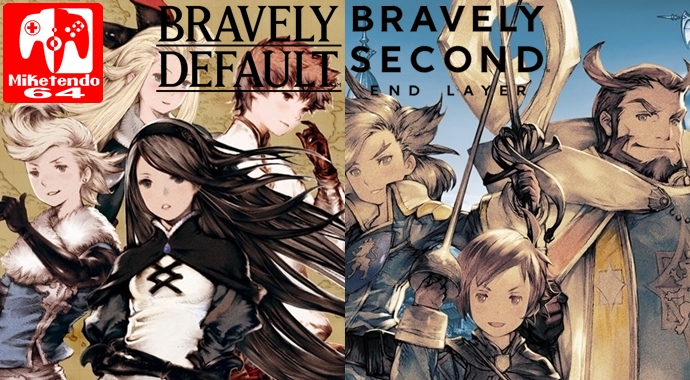 If you are reading this, Christmas is just round the corner, and with video game developers and publishers, the world over wishing us all Happy Holidays, one of the latest Holiday messages is truly worth talking about!

Straight from the official Twitter account for the Bravely Games (Default and Second,) a Holiday themed image has been posted that shows Edea Lee from both Bravely games at the forefront, wielding a set of Joy-Con controllers with one being Neon Red and the other being Neon Blue. In no way is this a declaration that a Bravely game or both, are being ported to the Nintendo Switch, but the image is certainly a great to see if there is interest in such a release as the feedback on the image alone, does show there is a fanbase for it.

Heck, Square Enix, who have previously stated having an interest in bringing some of their older games to the Nintendo Switch, could possibly be planning on doing a PlatinGames, who did a similar tease earlier this year and are now revealed as bringing both the earlier games and a new instalment to Switch. Square Enix could also be planning a similar thing and porting both the older games and releasing a third instalment, but the fact of the matter is, this is purely speculation.

As of right now, the only thing we know for certain is that this image is of Edea Lee and it’s posted by the same team who just so happen to be developing Project Octopath Traveler for the Nintendo Switch. Also, upon closer inspection, Primrose from Project Octopath Traveler, is present as an ornament in the background of the tweeted image, so while the picture could be alluding to a Bravely release on Switch, the same could be said for a Bravely crossover with Project Octopath Traveler as either DLC that expands on the game’s world and story, or fully integrated into it. The fact is, right now nothing has been confirmed, but something great is clearly at play and we’ll get to learn more about it in the new year! 2018, you’re off to a great start!