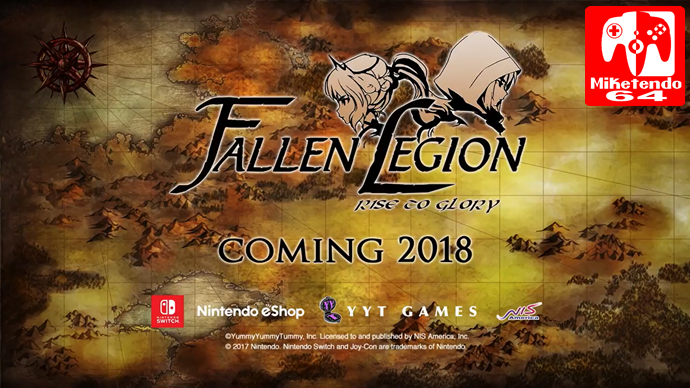 [Video] Fallen Legion: Rise To Glory Coming To Switch In 2018

NIS America have announced the Fallen Legion: Rise To Glory will be making it’s way to the Nintendo Switch in 2018 to both America and Europe. You will also be able to play both sagas, Sins of an Empire and Flames of Rebellion on the Nintendo Switch version.

Fallen Legion: Rise to Glory tells the story of Legatus Laendur and Princess Cecilla. How you play depends on whose side will you choose? The fate of Fenumia depends on you.

Here is the announcement trailer.