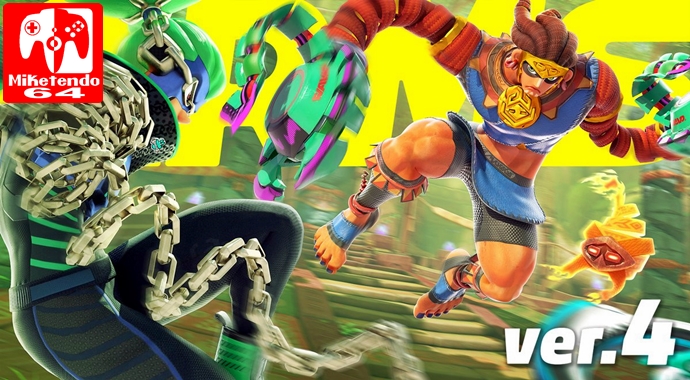 Despite the update becoming available over 24 hours ago, no patch notes were issued at the time for Version 4.0 of ARMS until just recently, and since they concern Fighter and ARMS balances and a new online event, here they all are: