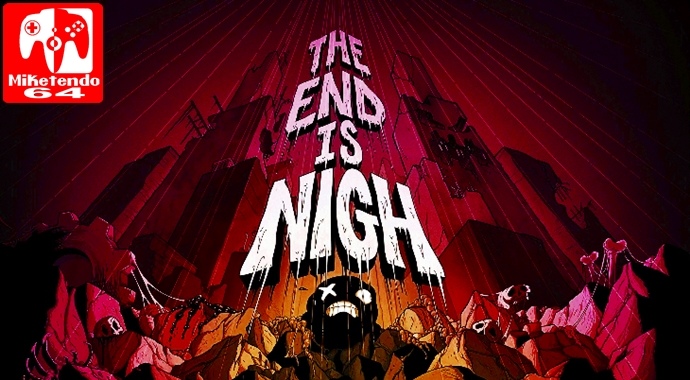 Since Edmund McMillen’s and Tyler Glaiel’s The End is Nigh released on Steam back in July, Switch fans have desperately been waiting for news as to when it they can get it on Nintendo’s latest platform and now that news has arrived.

According to co-creator Edmund McMillen on Twitter, The End is Nigh will release on the 12th of December. For anyone who doesn’t want to purchase it digitally though, there will be a physical release thanks to Nicalis, which in their typical fashion for physical Switch games, comes with delightful goodies, but it will cost more, as the digital version will cost $14.99 (Same as Steam.)