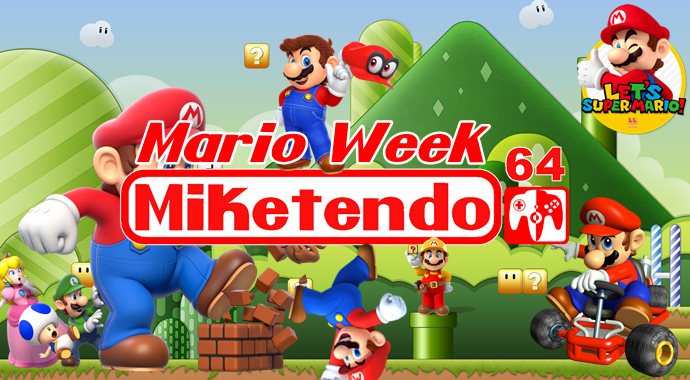 If you’ve been paying attention to our Twitter feed, the proverbial cat may be out the bag already, but in case you haven’t heard, it’s #MarioWeek time!

From today until the day’s end on the 29th of October, we’re going to be giving Mario some more attention than ever, only because Mario means so much to all of us, we’re going to make this week even more personal than our previous Theme Weeks. So to start, in addiction to three planned Mario related reviews, we’ll be launching a series of interviews entitled Mario & Me and we’re making our ongoing Squareboy vs Bullies: Arena Edition for Nintendo Switch, Mario focused as well. You may not win a Mario game but by the power of Mario, you could very well win Squareboy vs Bullies: Arena Edition!

Week 2 of our Squareboy giveaway ties in with #MarioWeek at @miketendo64, so if you feel like winning a free game, you will need to #KeepItMario by meeting the Daily rules and by following us & retweeting this tweet. pic.twitter.com/2163VqhIOf

As for whatever else we have cooking for this week, that’s for us to know and you to find out a little later on this week, but don’t worry, it will be good nonetheless. (We have after all, always delivered on our previous Theme Weeks!) But yes, #MarioWeek is upon us and so is the immediately forthcoming release of Super Mario Odyssey. Mario may not be my Number 1, as that slot belongs to Link and Link along, Mario is a close second and come this time next week, Super Mario Odyssey could just very well be, everyone’s Number 1 game on the Nintendo Switch. Until the release though, for all your Mario, Switch, 3DS, smartphone and Wii U news needs, the site most definitely worth checking out is Miketendo64!  So please make sure you find the time to join us and look for our unique content with the #MarioWeek hashtag. We promise you won’t regret it!