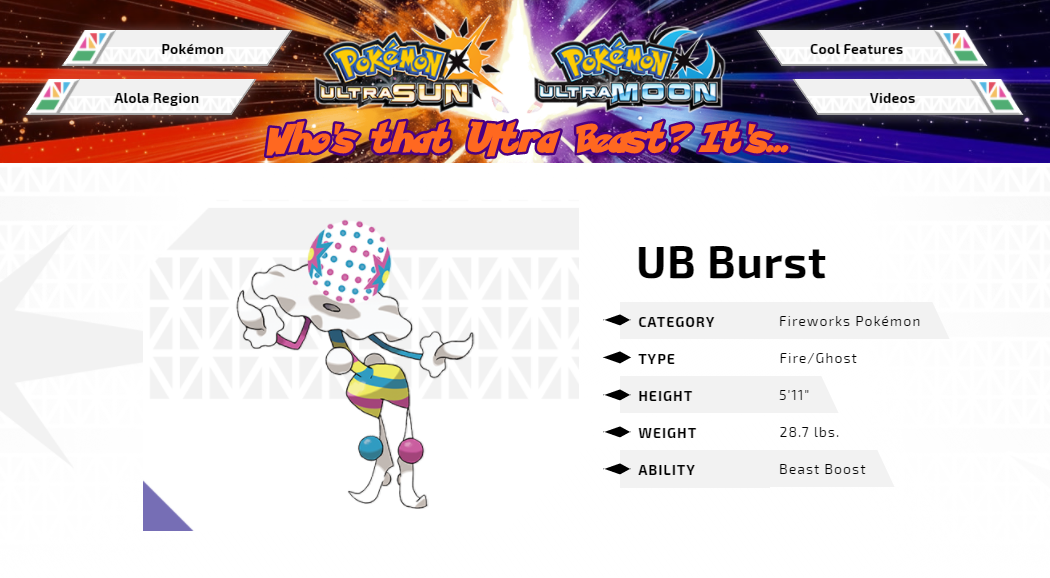 Just like the time we brought back Who’s That Pokémon? just so that we can dedicate an instalment to the all-new Dusk Lycanroc, it’s time to do the same with the new Ultra Beasts and now that we’ve got UB Adhesive out of the way, it’s time we tackled UB Burst!

UB Burst tricks targets into letting their guard down as it draws near with its funny gait, swaying this way and that—then shocks them by blowing up its own head without warning. Before they can recover their senses, it steals their vitality, which it’s said to use as a source of energy.

Its head is made up of collection of curious sparks, and it appears to have the wondrous ability to freely remove its own head and make it explode!

For more details on the new Ultra Beasts, be sure to click here to find our other instalments on the new additions!