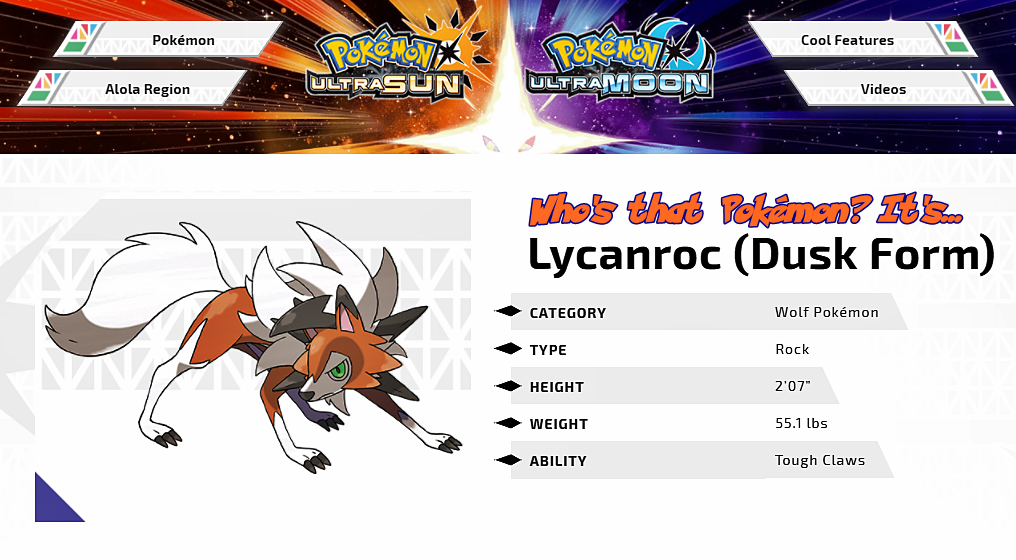 Prior to the release of Pokémon Sun and Pokémon Moon, for months we ran a feature series entitled Who’s That Pokémon? and now we’re bringing it back for a Dusk Lycanroc special, which includes some new information. So for the unnecessary sake of asking it, who’s that Pokémon? It’s Dusk Lycanroc!

How to Acquire Dusk Lycanroc: