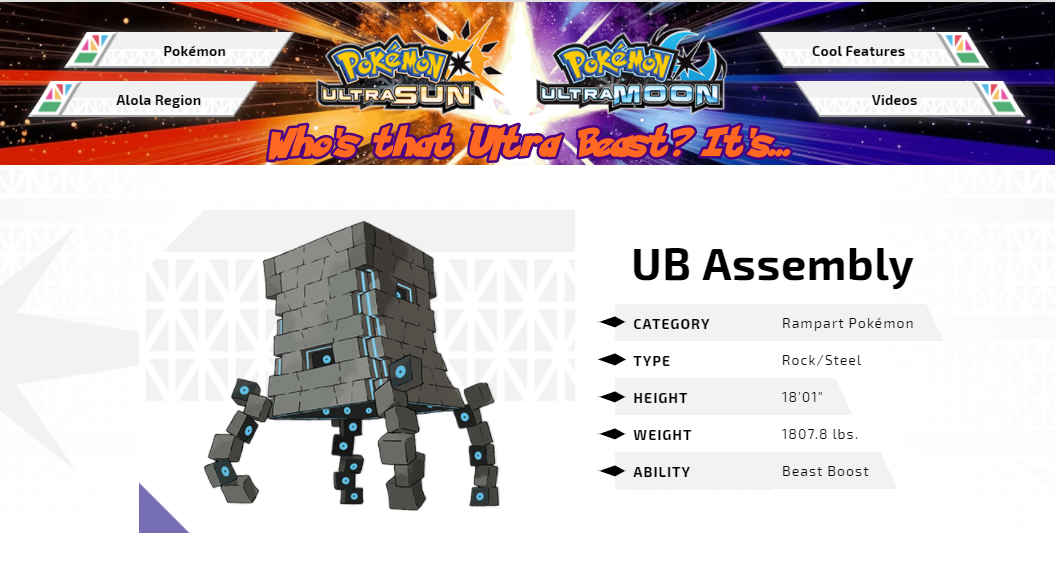 Just like the time we brought back Who’s That Pokémon? just so that we can dedicate an instalment to the all-new Dusk Lycanroc, it’s time to do the same with the new Ultra Beasts, only having covered two of them already, it’s time to cover the last one and that one is UB Assembly!

While UB Assembly may appear to be made up of stones stacked atop one another, apparently each “stone” is in fact a separate life-form, and this UB is made up of an assemblage of these life-forms.

When confronting another, or when feeling particularly enraged, the eyes on each of these stones begin to glow red.

For more details on the new Ultra Beasts, be sure to click here to find our other instalments on the new additions!


Categorised in: Feature, Pokemon Sun & Moon, Who's That Ultra Beast?