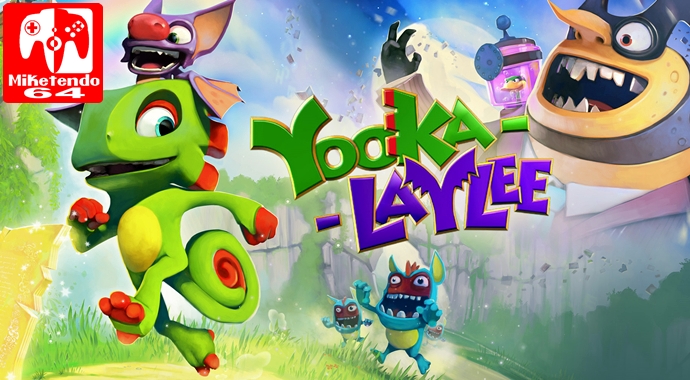 Playtonic Games have taken to their blog to update their progress on porting their Brainchild Yooka-Laylee to the Nintendo Switch. It seems that the technical issues they were having with getting things running on the Unity engine were hoping to be fixed with the new Unity 5.6 engine. However, it seems that they have run into other problems but they reassure their fans that these issues will be sorted out before they submit the finished game to Nintendo’s QA and be able to give us a final release date.

Here is the update post on the Playtonic Blog

Hello! Because it’s been a little while since we last briefed you, today we have an update on our efforts to complete Yooka-Laylee for Nintendo Switch.

The Playtonic team has been working tirelessly to bring Yooka-Laylee to Nintendo Switch and we’re very nearly there (we promise!) However, we’ve encountered some final technical hurdles and had been waiting for the arrival of Unity 5.6 in order to fix them. Although this has now been released, it has unfortunately introduced other issues which we are working with Unity to resolve before we can submit to Nintendo and lock in our release timeline.

We understand the frustration that it’s taken so long to get the game in your hands but we hope that you understand that we’re working as fast as we can and want the game to perform as well as it possibly can on Switch. Once these remaining issues are resolved we hope to finally be able to commit to and share a launch date. Thanks as ever for your patience and please bear with us – we are getting there!

In the meantime, see this page for a sneak peek of how the lizard and bat are looking!