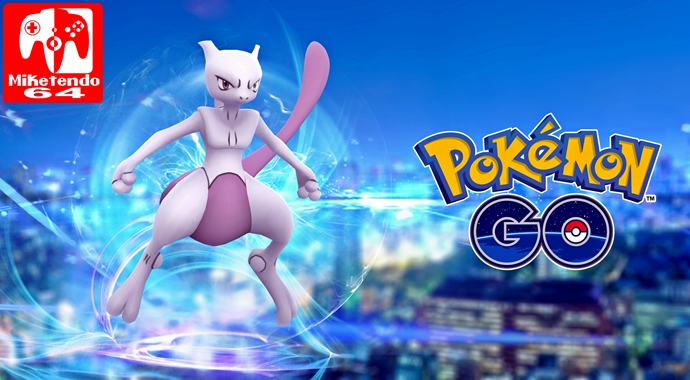 Disappointed you couldn’t make it to the Pokémon GO Stadium event in Yohama, Japan and catch your very own Mewtwo? Not to worry, because Niantic have you back!

In a whole new blog post, Niantic detail Mewtwo exclusive Raid Battles that will take place all over the world, which players who met certain conditions, will be able to take part in and the likes of Lugia, Articuno, Moltes and Zapdos will also be making a return a little later on this month and we’ve got the full details right here:

Earlier today, Trainers battled against the Legendary Pokémon Mewtwo at the Pokémon GO Stadium event in Yokohama, Japan. Thousands of Trainers in attendance were able to successfully catch Mewtwo and add it to their Pokédexes. In the coming weeks, you, too, will have the opportunity to battle and catch Mewtwo with the new Exclusive Raid Battle feature.

Mewtwo is the first Pokémon that Trainers will be able to face in Exclusive Raid Battles, but other powerful Pokémon may also start to hatch from the Raid Eggs found at Exclusive Raid Battles over the next several weeks. Make sure you’re prepared to battle Mewtwo by powering up your Pokémon and battling in raids at Gyms near you!

To the players who have given up on Pokémon GO, we ask, is this enough to bring you back to the app, or is it too late as you find yourself focusing on other things instead?