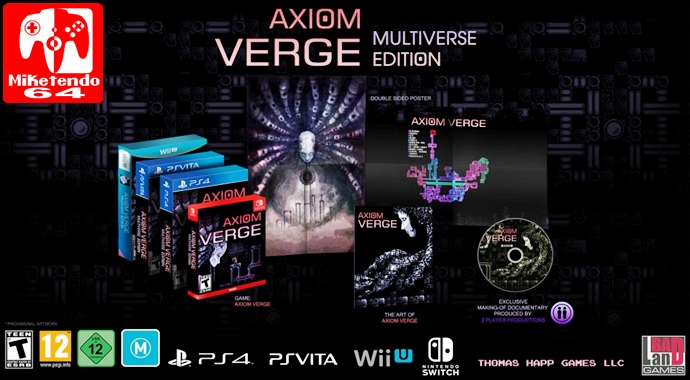 For those of you wondering when you can experience Trace’s manic adventure on Switch, developer and publisher Thomas Happ has revealed on Twitter the release date is none other than the 17th of October.

But on the off chance some of you never played it the first time around, or even know what it is about, feel free to check out the videos and descriptions below:

Axiom Verge is a retro-styled 2D “metroidvania” action-adventure, inspired by such classics as Rygar, Contra, Bionic Commando, Blaster Master, and, of course, Metroid. But it also gives you power over glitches like those found in classic games, allowing you to scramble enemies, corrupt environments, and enter hidden areas. The sole developer, Tom Happ, is responsible for all the music, art, and programming in this game.