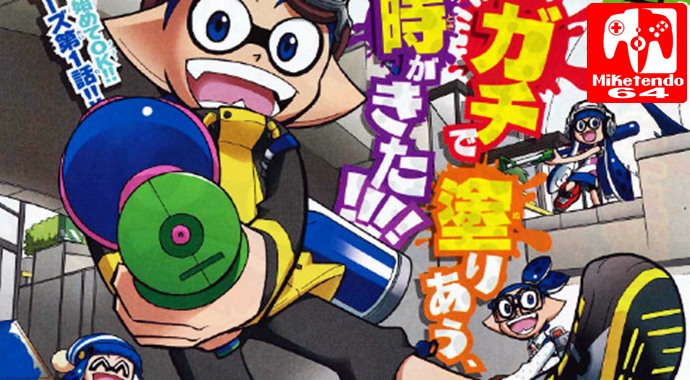 Lovers of Splatoon and anime, it is time to rejoice as a Splatoon anime isn’t just in the works, but it actually airs next month!

But who is responsible for this wondrous creation? Why it’s none other than CoroCoro. Having produced a Splatoon manga, it seems CoroCoro has decided to take its Splatoon antics to new heights. Only don’t go expecting it to be on TV, as it has been reported that the anime, which is based on the CoroCoro Splatoon manga, will be broadcasted on CoroCoro’s YouTube channel. Although this is good news since it means no matter where you live in the world, watching the anime is doable, but to understand it, you will need to have a decent understanding of the Japanese language.

Then again, since it will be on YouTube, it probably won’t be that long the likes of an English subtitled version becomes available and if it does, you can sure as hell expect to see the English subbed episode shared right here at Miketendo64. It is a Splatoon anime after all, how could we not share it?

But if you can’t wait until next month to get your Splatoon fix, Splatoon 2 releases this week and it is the sequel fans have been asking for!