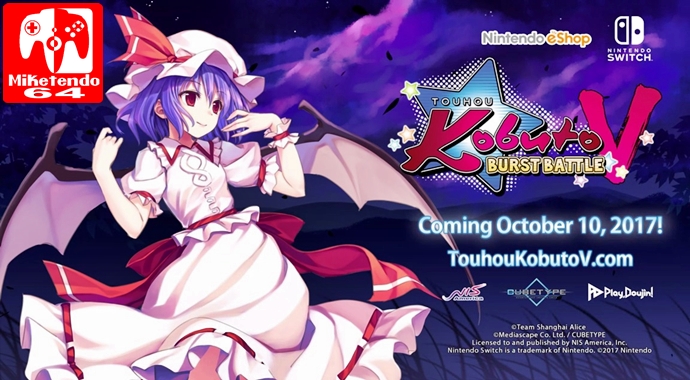 All Platform Releases of Touhou Kobuto V: Burst Battle are Now Pushed Back to October

Once again NIS America has gone for the double!

Having already announced a change of release date for Culdcept Revolt (delaying it to October), now the same again as happened with Touhou Kobuto V: Burst Battle. Instead of coming September 5th and 8th like previously stated, it will now arrive October 5th for North America and October 8th for Europe.

NIS America are saddened to have to break the news, but at least it’s not just the Switch version being delayed but also PlayStation 4 and PlayStation Vita versions as well, but just in case it’s been a little too long since we last heard news of Touhou Kobuto V: Burst Battle, here’s a couple of details pertaining to the title and an all new trailer:

I know it’s a longer wait than we were previously lead to believe, but it will be well worth it as it is one game that I myself can’t wait to get!