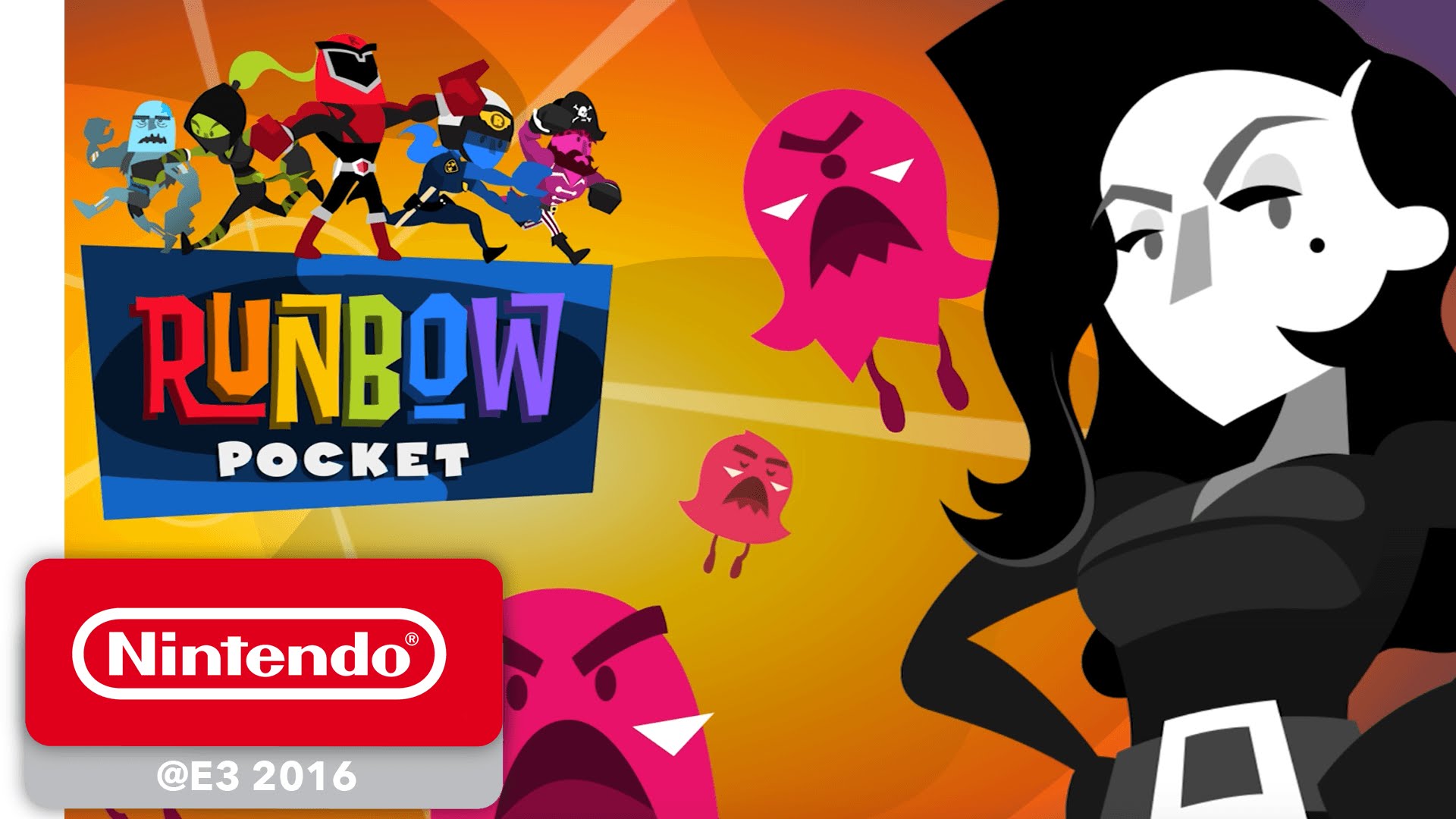 Runbow originally released on the Nintendo Wii U way back in 2015. The game’s reception was extremely positive, which encouraged developer 13 AM Games to port it to the New Nintendo 3DS. This upgraded port includes guest playable characters such as Shantae, Shovel Knight, and even CommanderVideo! There is also DLC which includes a brand new adventure map called Satura’s Space Adventure that introduces many new levels which includes a ton of new mechanics to learn and master.

The meat of potatoes of Runbow consists of over a hundred platforming levels wherein background colours shift on a cycle. Those colours correspond to the colours of platforms that you must progress through each stage, however, when that colour becomes the background colour, those platforms become unusable for the time being. This provides extremely interesting levels where you must never stop thinking if you want to keep up. Levels are extremely well-designed and each one has a unique concept that makes each level feel different from the next. The game is best enjoyed with friends, as it supports  local and online multiplayer.  Playing with friends will fill each session with plenty of laughter and joy. The main goal of each level is to get to the trophy at the end of the stage before all of your friends. Alternatively, you can play some of the other, non-racing modes such as King of the Hill, and Arena.

The game is very fluid and looks quite good on the New Nintendo 3DS’s screen, however it still pales in comparison to the Wii U version. It should be noted that the game does crash every now and again, but this is likely to be patched relatively soon.

Runbow Pocket Deluxe is an extremely fun game to play with others that provides hours of replayable fun. However, if you are planning on playing this by yourself, you may find yourself feeling finished with the game rather early into its potential lifespan. Runbow is well worth the cost of entry with others, but I’d suggest waiting for a sale if you prefer to go solo.

*Review key provided by 13 AM Games