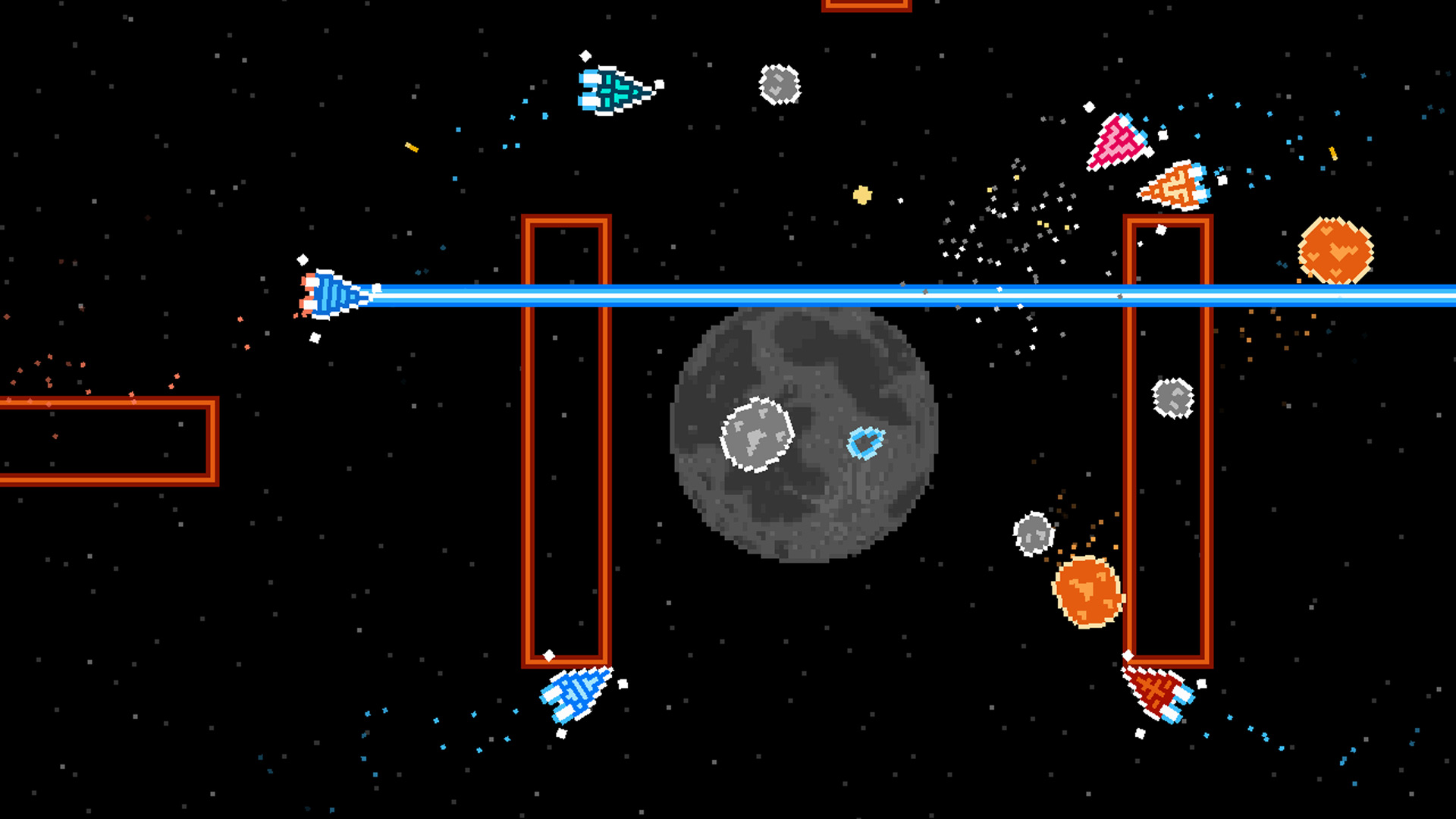 June 18, 2017 8:04 am Published by themancalledscott Leave your thoughts

Astro Duel Deluxe is a deathmatch-style game, and falls into the “new retro” category of indie games, with old-school, pixelated visuals that still look new and shiny thanks to modern hardware.

Players take control of different ships, each one looking like a simple colored triangle. The ships are thrown into a battlefield in space, where they must eliminate the other players by firing their guns, using power-ups, or taking advantage of the environment (like shooting an asteroid into the other players). The caveat here being that it only takes one hit for a ship to be destroyed, making rounds incredibly chaotic.

The gameplay itself is simple enough, but there are various modes included to change things up, with the game even allowing players to customize their own rules.

Astro Duel Deluxe can provide some good fun (especially with multiple players), and I really like the look of the game (it’s reminiscent of Geometry Wars or Pac-Man Championship Edition, though not quite as flashy). The problem is that there’s just not a whole lot here to hold your interest. After a few short rounds, you’ll see pretty much everything the game has to offer. It’s fun while it lasts, but it’s just not enough.

If you’re looking for some decent, arcade-style multiplayer fun, Astro Duel Deluxe may satisfy your pallette temporarily, but it probably won’t end up being your go-to experience for old-school couch multiplayer.