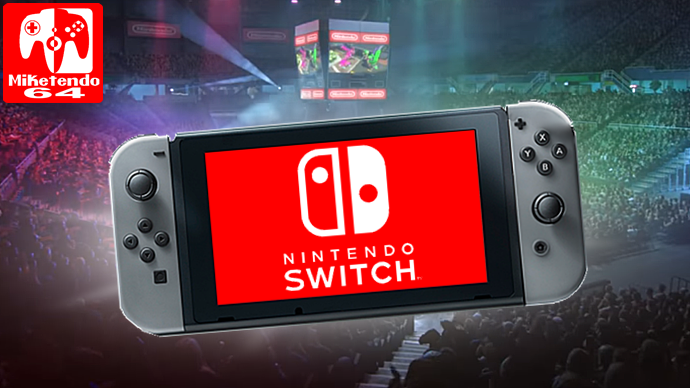 Nintendo are definitely on board with driving the Nintendo Switch into the Competitive Gaming Scene. With the three Invitational Tournaments hosted during E3 2017 featuring ARMS, Pokken Tournament DX and Splatoon 2, there is surely plenty more to come from the Big N. Polygon recently caught up with Hisashi Nogami, Kosuke Yabuki & Reggie Fils-Aime from Nintendo get their views about the Nintendo Switch from an eSports perspective.

Splatoon 2 Producer Hisashi Nogami: “Rather we wanted to make a game that the widest range of players possible could enjoy — from young kids to serious gaming fans. If that means as a result that we’ve created a game that players new to the shooter genre can enjoy, but also that shooter fans find satisfying, then that’s great. We also hope people watching this game for the first time feel that they’re invited into it. If that lowers the bar for the genre as a side effect, then we’ll consider that a success.

Nintendo COO Reggie Fils-Aime: “Competitive gaming is all-inclusive of people playing online or together in person, while the term eSports has grown to incorporate a broad variety of things, including participation, sponsorship, staging and underwriting, etc. It doesn’t always have a consistent meaning.

With Nintendo Switch, people can play anytime, anywhere, with anyone. Multiplayer games like Arms, Splatoon 2 and Pokkén Tournament DX are great fun to play in a variety of settings, whether it is on the couch next to family and friends, online, at local fan-run tournaments or at larger events.

While competitive gaming is important to us, what really sets Nintendo Switch apart is the ability to turn any coffee shop, dorm room or family road trip into a venue for some fun competitions.”

ARMS Producer Kosuke Yabuki: “I think in particular it’s a fun game to play on a splitscreen at home with your friends or family. Obviously we have online modes as well so I think it’s a game that a lot of people are going to be able to enjoy. I think it’s only natural that if people get good at a game, they’ll want to show off, and if tournaments become a regular occurrence, then I’ll be very happy.

I think two of the results of that are perhaps that this is a more welcoming fighting game. At the same time, new techniques that we haven’t seen are going to rise out of that. It’s always the mission of Nintendo to be creating unique games and I think Arms is unique compared to a traditional fighting game.”