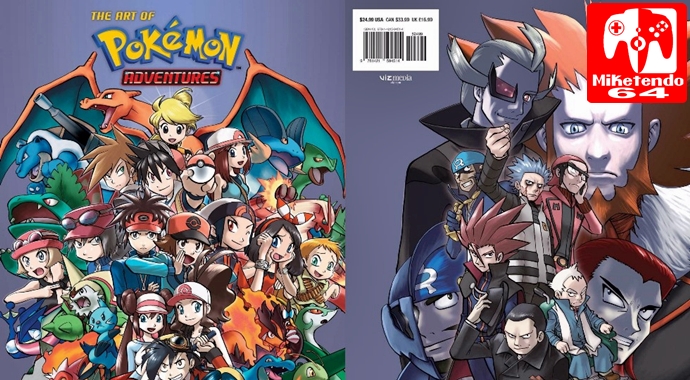 In terms of literature, there’s been a lot of videogame related works seeing a well needed release and now we can add another book to the growing list for the year of 2017.

So what book is it? Well penned by Satoshi Yamamoto and published by VIZ Media, today’s work in question is Pokémon Adventures 20th Anniversary Illustration Book: The Art of Pokémon Adventures and it is already available on amazon.com, amazon.co.uk and amazon.ca. But just in case you need to know more about the 168 pages long work before you can even consider buying it, you can find the description for the project right here:

“Artwork, sketches and a brand-new manga short story from the artist of the Pokémon Adventures series inspired by the best-selling Pokémon video games!

A collection of beautiful full-color art from the Pokémon Adventures graphic novel series! In addition to full-color illustrations of your favorite Pokémon, this vibrant volume also includes exclusive sketches and storyboards, four pull-out posters and a brand-new manga side story published in English for the first time!”

So did the description help? No need to answer as that is something you can keep to yourself, but it something else that is mentioned on the listing is true, it does appear as though this work is merely 1 book out of more that is to come, but it could always turn out to be nothing, so we’ll just have to keep an eye on that in the meantime. But if you do feel like adding it to your collection later on this year, Pokémon Adventures 20th Anniversary Illustration Book: The Art of Pokémon Adventures costs $16.37 US dollars and can be ordered via any of the links below: