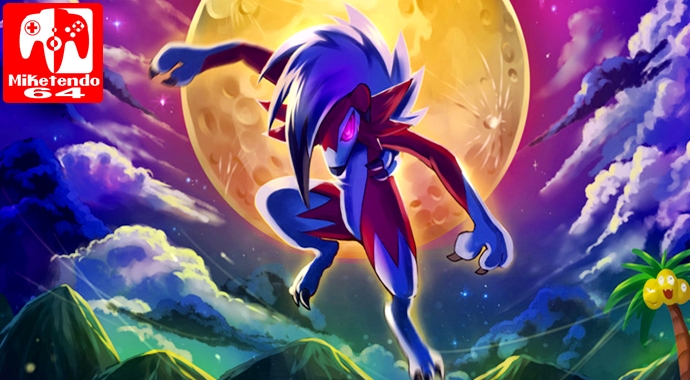 It’s that time again, time to do a little bit of Pokémon distribution news and first up its Pikachu!

As part of a tie in with the 20th Pokémon movie, the Ash-Pikachu distribution has begun! For anyone who prebooks a ticket for the I Choose You Movie, they will receive a Serial Code that can be used to unlock 1 of 6 Ash-Pikachus and right now Hoenn Cap Pikachu is available right this second and it does come with the Pikashunium Z-Crystal that turns the Thunderbolt move into 10000,000 Volt Thunderbolt and will be availanle until the 15th of May. But if you fail to acquire him during this time, there is a repeat event later on this year.

Now since we don’t all live in Japan, it’s only fitting we talk about a distribution for those of you in Europe can enjoy and here it is, a very special Midnight Lycanroc is being distributed and just before we tell you how to get it from the know countries in Europe so far, here is the full on press release regarding the UK distribution:

Discover a battle-ready Lycanroc in Midnight Form for your Nintendo 3DS at GAME!

London, United Kingdom: 2nd of May 2017 — To celebrate Midnight Form Lycanroc appearing for the first time in The Pokémon Trading Card Game, Pokémon fans are invited to GAME stores across the country to receive Lycanroc (Midnight Form) for their Nintendo 3DS system.

Owners of Pokémon Sun or Pokémon Moon for the Nintendo 3DS family of systems can head into their local GAME store from 5 May and receive a Midnight Form Lycanroc, a Rock-type Pokémon from the Alola region that is ready for battle, for free.

Lycanroc evolves from Rockruff from Lv. 25 in Pokémon Sun and Pokémon Moon, but its form is decided depending on the time of day and which game it is evolved in. This special Lycanroc is battle-ready with its No Guard Ability, which makes sure hard-hitting moves such as Stone Edge and Fire Fang never miss.

Midnight Form Lycanroc are known for provoking their opponents and inviting their attacks. When opponents fall for this tactic, Lycanroc counter with their forte: a single devastating blow that finishes them off. The stronger its opponents, the more excited for battle Lycanroc become. They don’t mind getting hurt if it means victory in battle.

This Lycanroc is distributed with the following attributes:

To receive Lycanroc, fans must own a system in the Nintendo 3DS family and Pokémon Sun or Pokémon Moon. Please ask staff in a GAME store for instructions on how to receive a Lycanroc code.*

The upcoming Pokémon TCG Sun & Moon – Guardians Rising, which features Midnight Form Lycanroc, launches in the UK on 5 May.

*For more information about the Lycanroc distribution at GAME, please see the following website: www.games.co.uk One per customer, while stocks last.

How to get the battle-ready Pokémon Lycanroc (Midnight Form) in Pokémon Sun and Pokémon Moon:

But like we said, this is a European distribution so while you can get it from GAME in the UK, you can get also get Midnight Form Lycanroc from GAME in Spain, but just so there’s no confusion, instead of listing all the locations and countries in one paragraph, we’re going to do it via a list instead:

*Updated as of the 5th of May, 2017 to add additional Distribution Points:

Should any other distribution points make themselves known, we will be sure to update the list above.

Until next time, go Catch ‘em all!