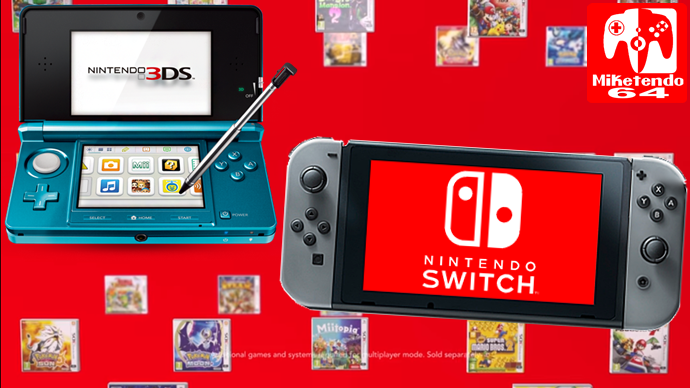 The Nintendo 3DS family of systems has spread steadily worldwide, surpassing a total sell-through of 63 million units of hardware. We will continue to work to make sure our business leverages this installed base by providing consumers with software.

With a multitude of titles already released, Nintendo 3DS has a large and fulfilling library. We believe that it is important that we channel these titles in our sales. Trends show that these evergreen titles continue to sell well in the long term, especially overseas. We want to encourage consumers who recently purchased hardware to purchase these
evergreen titles.

We will also continue providing new titles. Fire Emblem Echoes: Shadows of Valentia, the latest title in the Fire Emblem series, was released April 20 in Japan. It will release May 19 in the U.S. and Europe. On July 13, Ever Oasis, a new actionadventure RPG set in a world of desert, will be released. The same day, easy-to-play side-scroller
action Hey! Pikmin will be out on Nintendo 3DS as the first Pikmin game on a handheld system. This year is also Kirby’s 25th anniversary. We will be releasing the Kirby titles you see here.

This slide shows announced titles from third parties in Japan that will have already released as of April 2017 or that are planned for release through fall of this year. As you can see, we have a rich lineup of games planned for Japan again in this fiscal year.

Also, Square Enix recently announced that the latest entry in the Dragon Quest series, Dragon Quest XI: Sugisarishi Toki o Motomete, will be released in Japan in July, around the time of the launch of New Nintendo 2DS XL. In this way, we are working to maintain momentum in the Nintendo 3DS business by introducing new titles and continuing to offer evergreen titles while launching New Nintendo 2DS XL to expand the available selection of hardware in the Nintendo 3DS family of systems.

As regards to the how the Nintendo Switch & 3DS will be able to co-exist Kimishima had this to say:

We will strive to utilize the large installed base of the Nintendo 3DS family of systems in our business to maintain the momentum we have regained over the last year.

As we conveyed at the Corporate Management Policy Briefing in February, Nintendo 3DS has characteristics as a handheld system that differ from those of Nintendo Switch. We do not think that they compete directly in terms of price point or
playstyle. We will run businesses separately and in parallel.