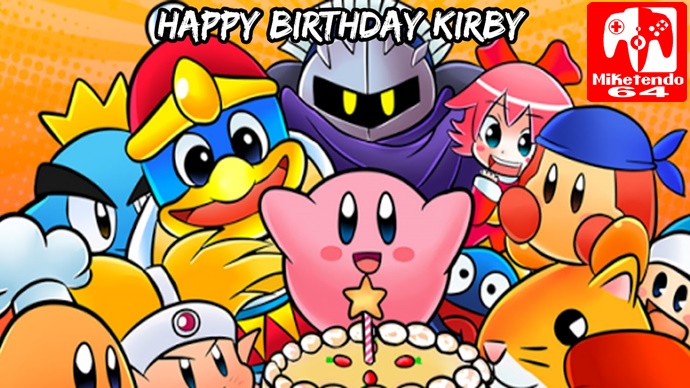 April 27th marks Kirby’s 25th Anniversary since he was created by Masahiro Sakurai & Satoru Iwata (with a little help from Shiggy as well). He first came to be in Kirby’s Dreamland  on the Gameboy and has been in over 20 different titles ranging from Puzzle, Platformer, Fighting, Racing & even Pinball! Amazing what a little pink ball can muster.

Nintendo have already begun celebrating this fact by bringing Kirby back into the limelight again by releasing not one but three different titles over the course of the year and My Nintendo Japan have added a new reward to their site, a Kirby 3DS theme. It costs 20 gold points and is available until the end of May. It is currently not available for the US or Europe but it is only a matter of time before it becomes available in these regions too.

Anyway, Happy Birthday Kirby! You were always a joy to play in Super Smash Bros!