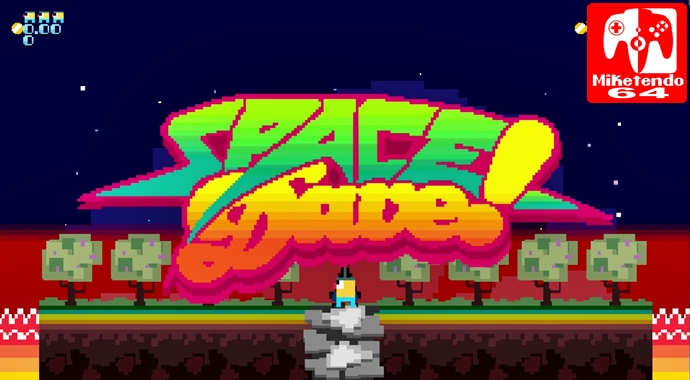 Space Dave! is officially feature complete and coming soon to a Nintendo Switch near you! pic.twitter.com/Ic8ytR8BgN

Space Dave! is the long awaited spiritual successor to Woah Dave! and was announced for 3DS and Wii U two years ago. It is uncertain if the Wii U release is still on the cards, so naturally we’ve shot over a quick email and are currently awaiting a response. On an unrelated note, it has been confirmed that Charles Martinet’s role in Runner3, is to voice the Narrator once again. (It was long suspected this was the case, but never confirmed.)

That’s right! Charles Martinet is returning to what must surely be his most famous role of all: narrator of the BIT.TRIP RUNNER series! https://t.co/FsHPnrmmcI