A Ratalaika Announcement: League of Evil & 0000 are the First of Many Games Planned for the Nintendo Switch 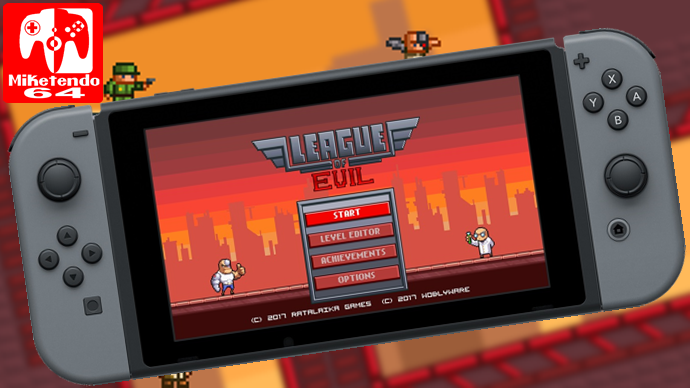 A little earlier on this month, Ratalaika Games confirmed that support for the Wii U is coming to an end. It’s a shame, but it was always going to happen, especially since Ratalaika Games are a Switch developer and they’ve not just got one game planned for the Switch, but quite a few!

When we reported yesterday that League of Evil was revealed to release on the Nintendo Switch as well as the 3DS, we were already aware of such a thing and aware of another game Ratalaika Games has confirmed for a Switch and thanks to a new press release they’re sending out this week, which has been sent to us a day in advance, we can now publically confirm 0000 is also coming to the Nintendo Switch, as well as a few other games that are currently unannounced. So without any further delay, let’s hear what Ratalaika has to say for themselves:

For more news, updates and announcements, stay up to date on all of our works by following us on Twitter and Facebook. We hope you look forwards to all of our upcoming Nintendo Switch™ games!

Just in case a few of you are worried that some of Ratalaika Games’ upcoming and unannounced work will be Shovelware, you can take those worries and toss them straight in the bin! While we will not leak and spoil some of the other games Ratalaika have planned, what we will say is they are ports you would be happy to play and own, but one of these games is also coming to another hard hitting platform, which it will have a physical release on.

But like I said, because I don’t want to give too much away, I’m going to zip my lip after one final coming, when the next Ratalaika Switch announcement comes, a few of you might just lose your heads. (Yes, it’s going to be that good!)

4 thoughts on “A Ratalaika Announcement: League of Evil & 0000 are the First of Many Games Planned for the Nintendo Switch”