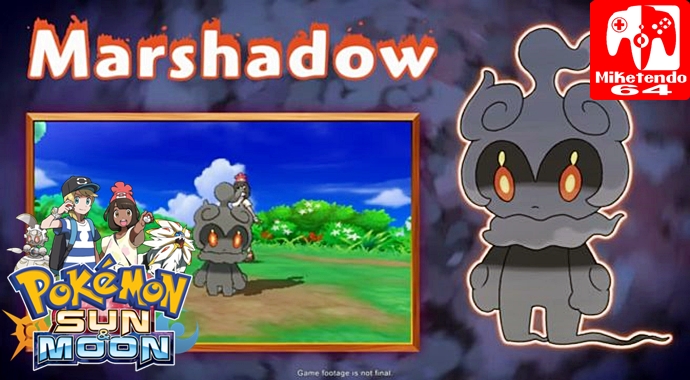 We knew its name. We even knew what it looked like, but now Marshadow has been officially and we’ve got the official video that revealed the “new” Pokémon right here:

According to Serebii, Marshadow (a Fighting/Ghost-type Pokémon,) is to tie in with the upcoming Pokémon: I Choose You movie, which makes sense since the official Pokémon website cites Marshadow not being encounterable in normal gameplay. Other than that though that is literally everything that was revealed, but the promise of more details to come has been made and once we have them, you can expect to see Marshadow featuring on miketendo64.com once again!

Until said time comes though, keep on gaming!