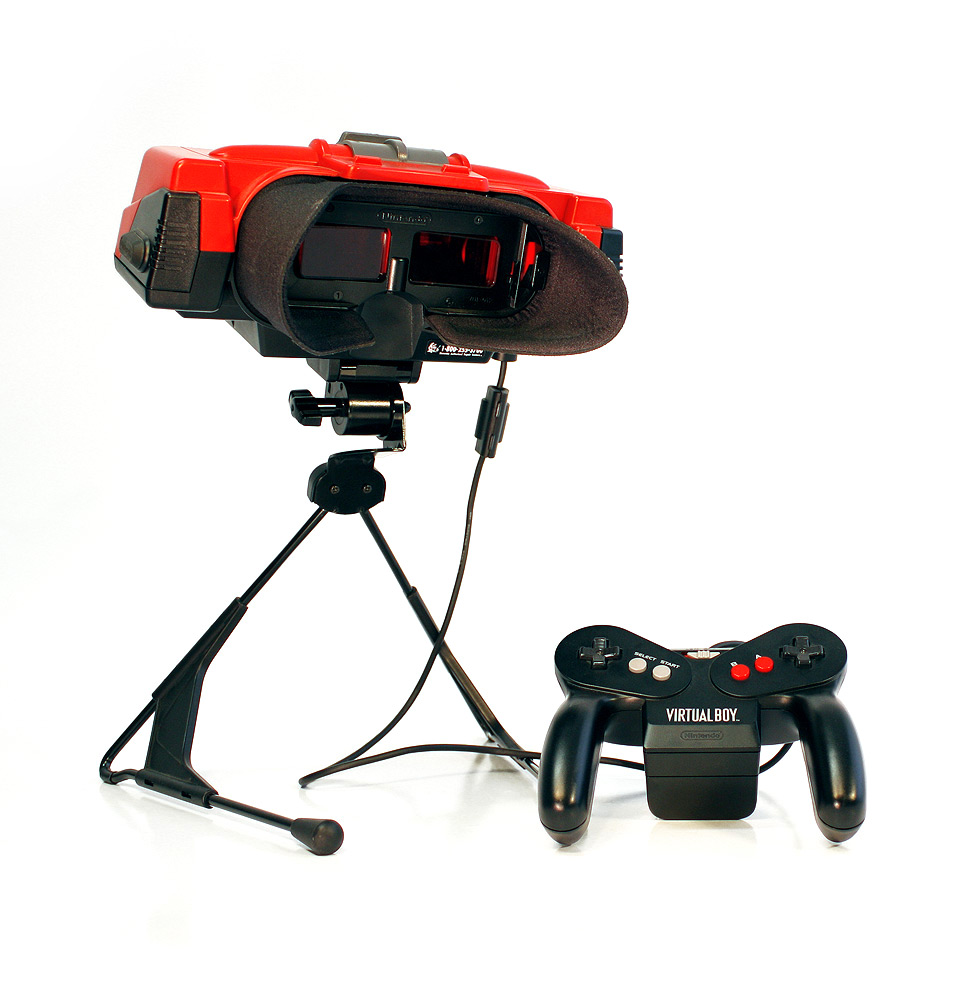 The Weekly Wizard: Issue #4: The Worst Nintendo Console of All Time

Introduction! This is The Weekly Wizard (TWW), the Miketendo64 segment brought to you by Wizard Dojo, where the maniacal cad behind said site discusses current happenings with Nintendo, or gives a retrospective look at Nintendo’s past.

Last time, the Weekly Wizard looked back on the greatest Nintendo console of all time, the Super NES. What better way to follow that up than with a look back at Nintendo’s worst?

Where does one even begin when discussing the Virtual Boy. I used to own one of these back in the day, and I still can’t believe it was an actual thing!

The Virtual Boy was released in 1995, and promised to be the world’s first virtual reality video game console. Considering how VR (as the kids call it these days) is all the rage today with things like the Occulus Rift and Playstation VR, you might say that Nintendo was ahead of the curve coming up with such an idea back in the mid-90s.

In concept, I suppose they were. But maybe the concept was a bit too ahead of its time, because the technology wasn’t anywhere near being ready for such a product to come to fruition. This was the same year Playstation and Sega Saturn were introducing the world to 3D gaming, and a year before the Nintendo 64 would do the same, and we were already jumping head-first to Virtual Reality?

It should be a bold indicator that the technology simply wasn’t at the right point by the fact that the Virtual Boy wasn’t really virtual reality at all. The idea of virtual reality is to feel like you’re really a part of the game, but all the Virtual Boy did was contain all of its action within a pair of goggles attached to a pair a legs (come to think of it, it kind of looked like a precursor to the Onions from Pikmin). Players would have to sit right in front of the system, peek their eyes into the headset, and stare at the eye-straining red and black visuals within.

The whole setup was a mess. Finding a position to set the console up was a hassle in itself, and finding a comfortable position to sit while playing it was never going to happen. Holding your head in front of the system could be a strain on the neck, and the visuals for the games were so uncomfortable for the eyes, that the games even forced themselves to pause if players spent a half hour on them, as to not do too much damage to the eyes (maybe at this point someone should have realized this was a bad idea?).

Another oddity about the Virtual Boy is that its batteries were actually inserted into the controller, as opposed to the console itself. It seems novel, but it was also really easy for the batteries to slide out of the controller if you bumped it the wrong way.

Oh, and did I mention that the Virtual Boy was supposed to be portable? Don’t ask me how. I have no idea where you would carry around all the pieces involved, and where you would even set it up in public.

It should come as no surprise that the system was a commercial failure, with only twenty-two games ever being released for the Virtual Boy, only fourteen of which made their way outside of Japan.

In all fairness, not all of these games were bad. In fact, some of them were pretty darn good. Mario Clash was something of an expansion of the original arcade Mario Bros., that put things into a more foreground/background perspective (which worked as a nice 3D effect, though I’m not sure what’s so virtual reality about it). And Virtual Boy Wario Land is widely considered a genuinely terrific platformer.

“Usually, Mario is the one to keep things afloat for Nintendo. But for the Virtual Boy, it was his evil doppleganger Wario. Is that telling of Virtual Boy’s odd place in history?”

While some of the Virtual Boy’s games were solid experiences, none of them were really screamed “virtual reality” in any way. Virtual Boy Wario Land could have been made for the SNES or Game Boy, and it would have been just fine (in fact, it probably would have sold a lot better). But no matter how good the games could be, it meant very little when everything about the hardware itself were such a hassle. One that could never really hope to fulfill its promise of virtual reality.

It’s being rumored that Nintendo is looking for ways to include VR gaming into the Nintendo Switch home console, with the key difference here being that they can actually pull it off. Nintendo’s ambitions for the Virtual Boy were certainly commendable. But surely someone at Nintendo knew that the time just wasn’t right.

That’s all for issue #4 of The Weekly Wizard. What do you think? Are you old enough to remember the horrors of the Virtual Boy? Am I being too hard on Nintendo’s experimental console? feel free to let me know in the comments. And you can always check out more of my writings – including reviews for video games and animated films – over at WizardDojo.com.