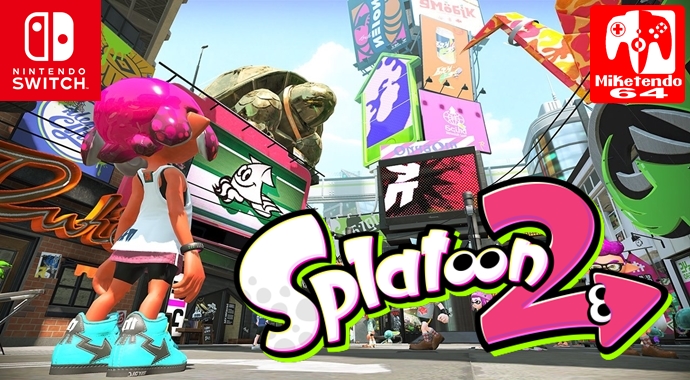 Once again the official Splatoon tumblr has pumped out a ton of new information, as the Squid Research Lab has discovered all kinds of new details and elaborated further on previous discoveries, so we’ve gone ahead and rounded up the information and you can see these latest discoveries right here:

*Discoveries are in the order of oldest to newest.

Inkopolis is Now Home to 2 Mammals!:

“We’ve just received an image of a small cat-like creature on top of a larger cat-like creature known only as…Judd. Could this young cat be Judd’s offspring?! Or perhaps his younger sibling? Or even something more…sinister? MUAHAHA! Nope. Sorry. There’s no evidence to support that. I just got carried away. Anyway, according to our information from two years back, Judd was supposedly the squid world’s only mammal. Just what happened in the intervening time? We’ll spare no effort to solve this mystery!”

“We’ve acquired images of some returning legacy weapons we weren’t able to show at our recent research presentation, so we’ve decided to reveal them here! This is a Splatling-type weapon called the Heavy Splatling. The angle of the signature ink barrels has been adjusted to make for easier maintenance, but aside from that it functions just as the original model did.”

“In the Slosher category, the crowd-favorite Slosher is also making a return in Splatoon 2. The keen-eyed observer may notice that slight cosmetic adjustments have been made to the Slosher’s handle and suspension arm. These changes are in line with the cosmetic changes that other legacy weapons have recieved. It may seem a trivial change to some, but we at the Squid Research Lab feel that even the smallest changes must be documented in order to keep up with the ever-changing trends of the Inkling world.”

“We’ve gotten a first look inside one of the new stages–Musselforge Fitness. This state of the art work out facility contains a bouldering gym, a regulation-sized pool, and all the treadmills you could ever want. Judging from our research, today’s Inklings are foregoing the calisthenics and aerobics for more back-to-basics, iron-puming workouts.”

“Eureka! We’ve just discovered a breakthrough in squid-observation technology! In Splatoon 2, a new feature called Private Battle Spectator View will allow up to two non-players to spectate a Private Battle. These two people act as camera operators in order capture all the action. This is, of course, in addition to the 8 players who fight in the Private Battle. Outstanding!”

*This news is also backed up by Nintendo of America:

Exciting news for #Splatoon2 fans! Private Battle Spectator View is a new feature allowing up to 2 non-players to spectate a Private Battle. pic.twitter.com/4exL7trO1x

“Previously, we’ve reported that Splatoon 2 will allow up to eight Nintendo Switch systems to connect via local wireless to play Private Battles. In addition to this, a new feature called LAN Play will enable players to connect eight docked systems using a wired LAN setup. This feature allows players to create local Private Battle tournaments without the need for an Internet connection.

If you’re willing to put in the work to set up LAN Play, you can also use the Private Battle Spectator View feature by hooking up two additional Nintendo Switch systems. Local wireless play is perfect for your regular gaming get-togethers, but LAN Play is where it’s at when you want to organize a serious tournament event with your fellow players.”

This concludes the latest batch of discoveries from the Squid Research Lab, but with months between now and the time Splatoon 2 releases in the Summer, more shall soon follow. To stay up to date on all discoveries and Stay Fresh., be sure to visit the lab whenever you feel like it by visiting the link below and saving it for future visits.