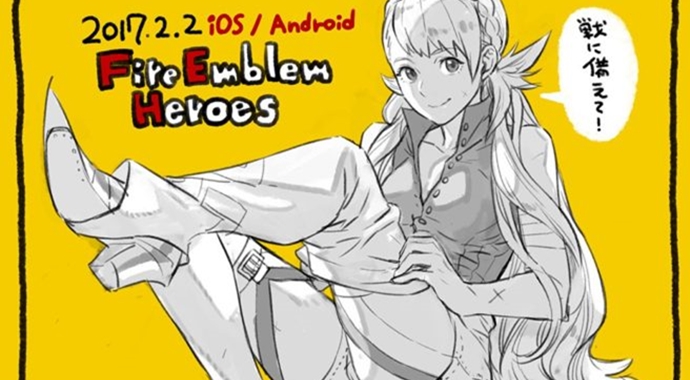 Fire Emblem Heroes is out (in Europe and Japan), so let’s celebrate this fact by playing the game and taking in some celebratory art!

Visible above is Fire Emblem Heroes’ very own Sharena. An all-new character who makes her Fire Emblem debut in the newly release mobile app. This image was illustrated by Yusuke Kozaki, Sharena’s actual designer and the designer to the other three characters who make their first appearance in new Heroes. (Alfonse, Veronica and the Mysterious Man.) Kozaki is also responsible for Anna’s Heroes’ appearance and was the main character designer for Fates and Awakening.

Our next image is of course an illustration of Lyn and the head of Narcian, drawn by Kotaro Yamada. Yamada handled their design for Fire Emblem Heroes.

Both artworks were shared as a means of celebrating the Fire Emblem Heroes’ release.